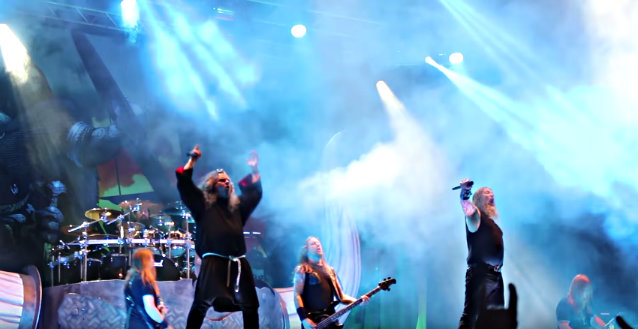 Former CANDLEMASS singer Messiah Marcolin joined AMON AMARTH on stage at the Gefle Metal Festival in Gävle, Sweden this past Friday, July 14 to perform the AMON AMARTH song "Hel". Fan-filmed video footage of his appearance can be seen below.

The studio version of "Hel" appears on AMON AMARTH's "Deceiver Of The Gods" album, which came out in 2013.

Asked by Metal Discovery how the Messiah collaboration came about, now-former AMON AMARTH drummer Fredrik Andersson said: "I think he and our singer [Johan Hegg] met many years ago and just became friends, so he came up to one of our shows in Stockholm and we ended up on the bus, drinking all night and talking about doing a duet with him and Johan. And nothing really happened about it but, when we wrote the music for this song, it has this doomy feeling and we felt that would be the perfect opportunity to call him in. And he was still up for it."

AMON AMARTH is continuing to tour in support of its tenth studio album, "Jomsviking", which debuted at No. 19 on The Billboard 200, having shifted 21,000 equivalent album units in the week ending March 31, 2016.

Jocke Wallgren was named AMON AMARTH's new permanent drummer last September. Jocke had been sitting behind the kit for all shows on the group's current "Jomsviking" world tour. 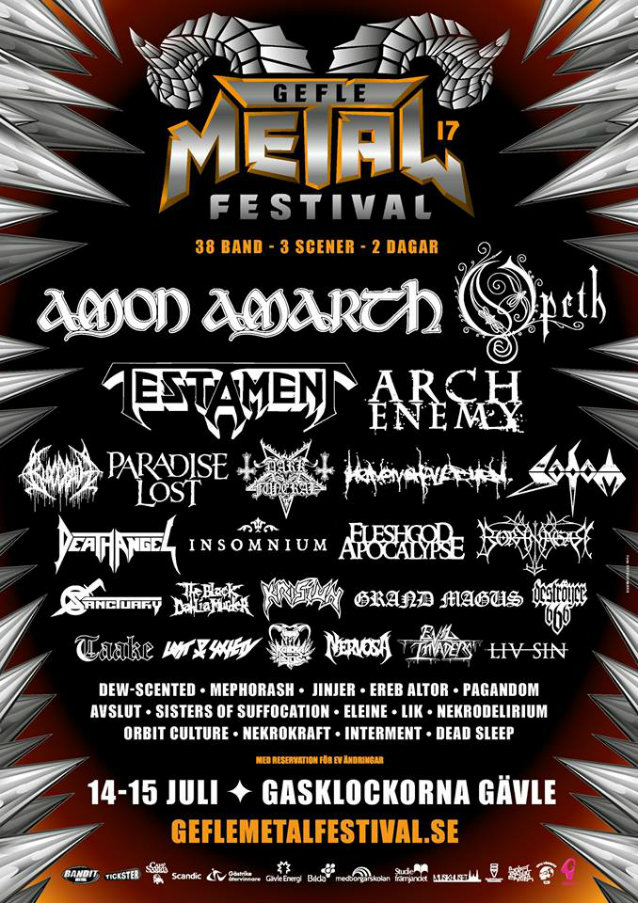