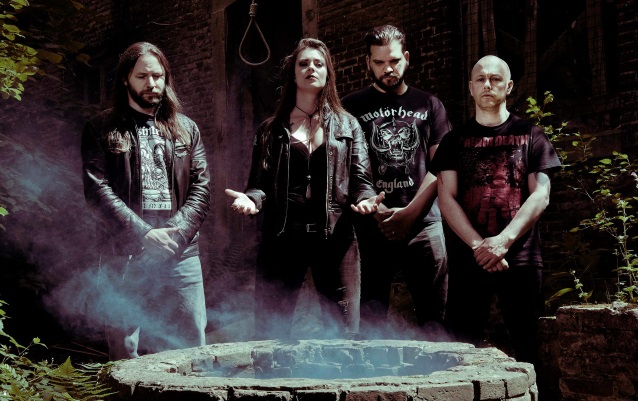 When all is said and done, the art of making people bang their heads comes down to one central component: the riff. The riff has been refined and redefined so many times over the last four decades that ownership of a guitar and half a brain should be all that's required to at least have a decent stab at getting things right, and yet very few people seem capable of tapping into the true essence and ethos of what made Tony Iommi such an all-conquering pioneer and overlord of six-string power and glory. Over the last 25 years, discerning metal fans may have struggled to pinpoint any bona fide contemporary greats amongst the never-ending proliferation of also-rans and wannabes, but as chief composer and guitarist for UK doom metal legends CATHEDRAL, Gaz Jennings has more than earned the mantle of the modern age's most consistent and supremely talented Riffmaster General. A perennial unsung hero of the heavy underground, Gaz has already contributed a vast number of classic songs to the metallic canon, but when CATHEDRAL finally called it a day in 2013 it looked as if another guitar hero was destined to disappear into the shadows. Gloriously, he has now returned with a brand new band, DEATH PENALTY, and an eponymous debut album that once again proves his absolute mastery of the form.

"When CATHEDRAL split I didn't have any intention of getting another band together," Gaz admits. "I wanted to do a record, because Lee [Dorrian, CATHEDRAL front man and Rise Above Records boss] has been saying for years that he'd give me a deal! But all my time was taken up writing stuff for CATHEDRAL. I had a few bits and bobs lying around, so I started writing material a few years back and that's where it all started. And now the album is ready to go."

With such a formidable reputation to uphold, it was absolutely vital for Gaz to select the right musicians to work with in his new band. Enter vocalist Michelle Nocon and Fredrik "Cozy" Cosemans, members of Belgian doom warriors SERPENTCULT; a band that Gaz greatly admires and fellow Rise Above alumni. Although resident in Belgium, Michelle and Cozy were simply the right people for the job and kindred spirits that Gaz suspected would be perfect for helping him to realize his new musical vision.

With the DEATH PENALTY lineup completed by the addition of another Belgian, bassist Raf Meukens, Gaz was now fully equipped to bring his new band into the spotlight. The first results emerged via a debut seven-inch single, "Sign Of Times/Seven Flames", which showcased DEATH PENALTY's fiery blend of old-school heavy metal, subtle doom shades and Michelle Nocon's extraordinary vocal talents. The real meat of the matter will be unveiled upon the release of the band's self-titled debut album, a triumphant tour-de-force of pounding heaviness that brilliantly encapsulates everything that Gaz has brought to the table with CATHEDRAL while veering off on a number of new and distinctly compelling tangents along the way. Fans of the NWOBHM era will find themselves instantly entranced by the likes of "Howling At The Throne Of Decadence" and "Golden Tides", while diehard doom acolytes will be immediately reassured that Gaz's ability to pen timeless riffs remains entirely undimmed, as demonstrated on the grandiose grit of "Into The Ivory Frost" and "Children Of The Night".

The final piece of the puzzle slotted neatly into place when Gaz chose a name for the new band. Anyone that has followed the guitarist's career over the years will recognize that DEATH PENALTY is the title of WITCHFINDER GENERAL's classic 1982 debut album; a record that has long been an essential part of Gaz's inspirational armoury. However, beyond paying homage to his childhood heroes, he freely confesses that the name was simply the first and only credible option and a telling alternative to the countless terrible band names currently doing the rounds.

Once DEATH PENALTY's debut hits the shops (and the nebulous world of online retail, of course),it seems highly likely that everyone from CATHEDRAL fans and old school diehards to new school doom and psych rock admirers will celebrate the arrival of another truly great heavy metal band for the modern age. Quite content to remain an underground concern, DEATH PENALTY are just beginning their journey into the outer limits of refined riff worship and Gaz Jennings' hopes and expectations are every bit as humble and honest as long-time fans will expect. 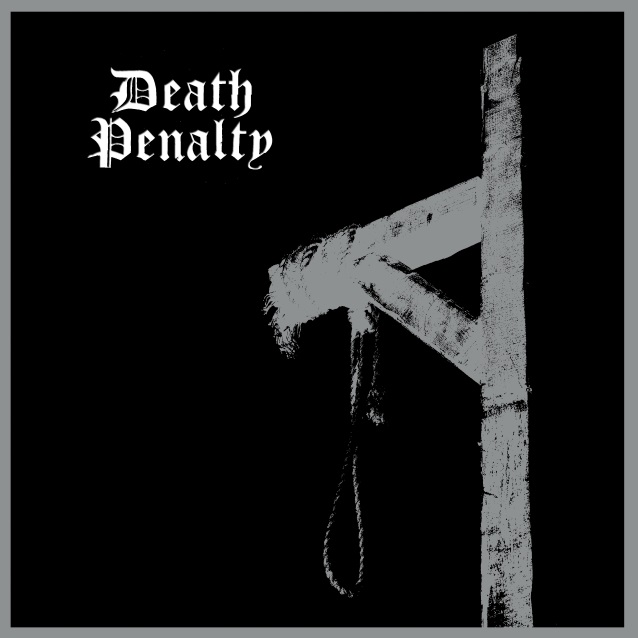