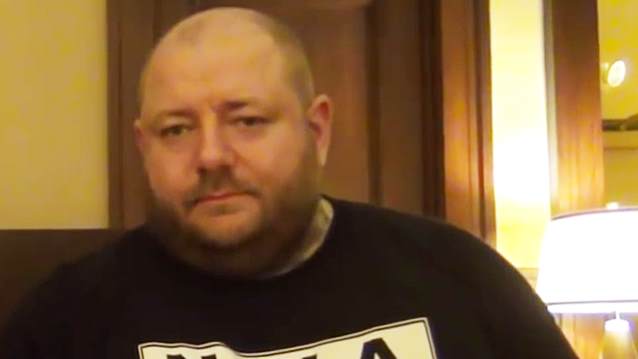 This performance will take place in the Henry Travers Studio, The Maltings Theatre and Cinema on Friday, June 6 at 7 p.m.

Tickets are free but must be booked in advance.

This collaboration is part of a project, "Metal Militia", by artist S Mark Gubb, part of the Gymnasium Gallery programme for Berwick Visual Arts. In the Gymnasium Gallery, a sound and light installation will bring together multiple heavy metal drum samples to create a powerful and immersive visual experience. The project draws on the events of March 1689, which led to the birth of The King's Own Scottish Borderers. On that day, in the space of two hours, a militia was raised to defend Edinburgh against the Jacobites. This was achieved by a man beating a drum to raise people's attention and, to this day, this regiment retains the unique right, by law, to raise a militia "by beat of drum."

The one-off live performance will be filmed to be included at a later date in the Gymnasium Gallery as part of the "Metal Militia" exhibition.

The project logo has been designed by Christophe "Lord Of The Logos" Szpajdel, the world's leading designer of black and death metal band logos. This will be reproduced as a limited-edition t-shirt to be given, free, to the first 50 people through the doors at the performance.

Additionally, Gubb is running a competition to win a limited-edition print of a Christophe Szpajdel work, signed by the artist, Barker and Szpajdel. There are around 100 samples used in the exhibition and the prize will be awarded to the first person to correctly identify all of them. If no one manages, the prize will be awarded to the person who identifies the most. A file containing the samples will be made available through the artist's blog as of May 31, so that anyone can take part. In the spirit of fair play, Gubb trusts that no one will use witchcraft/software to the identify the samples.