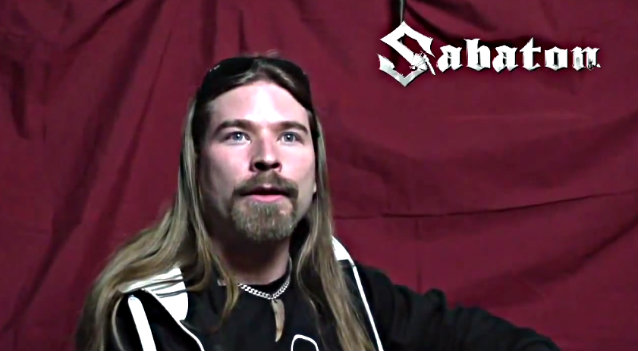 Nev Pearce of Australia's "Rabid Noise" podcast recently conducted an interview with bassist Pär Sundström of Swedish metallers SABATON. You can now listen to the chat in the YouTube clip below.