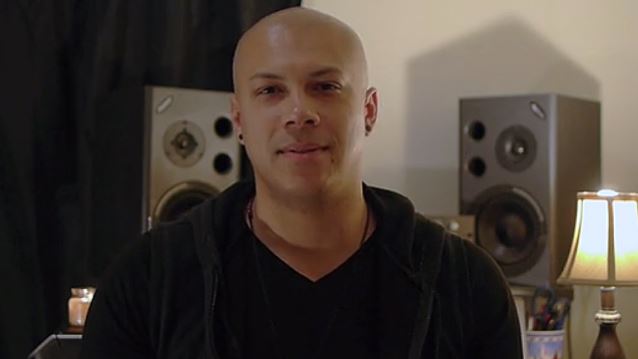 According to a press release, VAGUS NERVE is "focused solely on artistic integrity, devoid of any commercial ulterior motives. It's just a few guys who love hanging out, laughing, and making music together: no egos, no bullshit."

Doc began writing the material that would become VAGUS NERVE with vocalist Ravi Orr in 2011. Doc discovered Ravi through Orr's YouTube page and Ravi's solo outfit PHYLLOTAXIS. Ravi is an accomplished singer/songwriter in his own right, producing and playing all of the instruments on both PHYLLOTAXIS records.

As the material developed, Ravi and Doc decided to put a full band together. Ravi brought in his good friend Aden Oxenreider to play bass guitar. Aden is a multi-instrumentalist with a bachelor's degree in music, who specializes in electronic music.

The next member on board was drummer Maurice Watson. Maurice, or "Moe," got his start playing gospel in church, but would stretch his abilities playing in a multitude of bands and styles from post-hardcore, rock, deathcore, pop, R&B, and is currently touring with metalcore legends SHAI HULUD. Moe is also a professional music instructor with School Of Rock in New Jersey.

The last piece of the puzzle was finding a second guitarist. After sifting through dozens of submissions and several auditions, the band was blown away by Mike Gowen, who also plays for New York rock band MOTHER. Mike's tone, improvisational adventurousness, penchant for melody, and easy going attitude solidified the band's chemistry.

VAGUS NERVE has launched a Kickstarter campaign to fund the mixing and mastering of its forthcoming "Visceral" EP by Forrester Savell (KARNIVOOL, DEAD LETTER CIRCUS).

Despite 3,000 miles separating half the members, releasing this EP is all that matters. They want to share their music in the most organic way possible, with no labels, managers or handlers to muddy the waters.

A VAGUS NERVE song called "Do You Know Who I Am", featuring a test mix by Forrester Savell, can be streamed below.