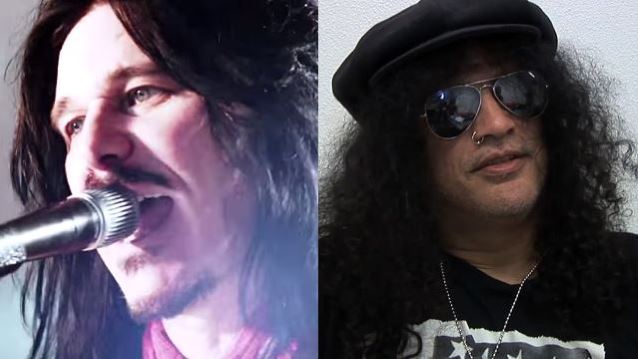 The dates can be seen in the poster below.

Clarke joined GUNS N' ROSES in November 1991, replacing Izzy Stradlin, who quit the group in the middle of a 28-month world tour. Gilby has also played with ROCKSTAR SUPERNOVA, HEART, NANCY SINATRA, Kathy Valentine (of THE GO-GO'S) and the reformed MC5 on their 2005 European tour.

Clarke, along with fellow former GUNS N' ROSES members Slash, Duff McKagan, Steven Adler and Matt Sorum, performed three "Appetite For Destruction" songs with Myles Kennedy at the band's Rock And Roll Hall Of Fame induction ceremony in April 2012 in Cleveland, Ohio. Kennedy, who handles lead vocals in Slash's solo band and ALTER BRIDGE, sang "Mr. Brownstone", "Sweet Child O' Mine" and "Paradise City", with "Use Your Illusion"-era member Sorum sitting behind the drum kit on "Brownstone" and the man he replaced in GN'R, Adler, pounding the skins for the other two songs.

Asked if the Rock And Roll Hall Of Fame induction performance was a reminder of good times for him, Clarke told "The Heidi Frank Show": "It was definitely good times. It was a strange time, because there was kind of like a dark cloud over our whole induction, because Axl [Rose, GUNS N' ROSES lead singer] decided not to go. And once he decided not to go, the dark cloud kind of went away, 'cause the guys that did go, we all get along great, we still play together all the time, and it actually was fun. We had a really good time. We actually only rehearsed, like, the night before the thing; we got together at a club… We hadn't played those songs in 20 years, so that was the thing… I mean, for me, we were trying to figure out what songs we were gonna play, and I'm, like, 'Wow, I haven't played that song in 20 years.' It had to come back to me. It was funny: there was a photo going around on Twitter of Duff and I in the bathroom, actually, going over the songs, trying to remember the riffs and things like that." 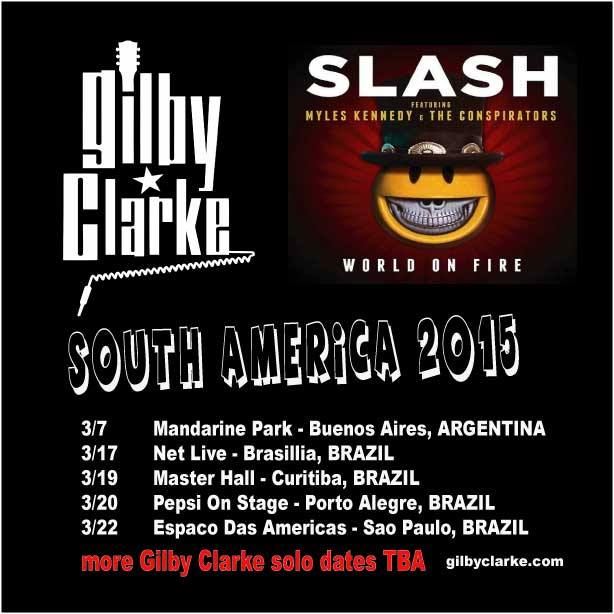