IDES OF MARCH, fronted by Paul Di'Anno and including four former IRON MAIDEN members, will celebrate the 40th anniversary of the release of IRON MAIDEN's debut album in a headline Beermageddon festival performance in Bromsgrove, England on Sunday, August 30.

IDES OF MARCH has been specially formed for this totally unique occasion and this will be a one-off and never-to-be-repeated performance. The band lineup is:

This is being billed in a press release as Di'Anno's "final ever" live performance. After experiencing serious health difficulties in recent months, Paul has now apparently taken the advice of his doctors and will retire from the live stage in 2020 after the IDES OF MARCH performance at Beermageddon. It is going to take one mighty effort for Paul to pull off this performance but he is determined to go out in style and give his fans one memorable final thank you and goodbye.

Paul said: "It's been a tough four years waiting to play again. I hope to be standing for this show and I'm really looking forward to it. Standing up would be great. If not, Hell on wheels coming to ya!"

The IDES OF MARCH setlist for Beermageddon will include plenty of surprises with some songs being played live for the first time in literally decades. Stand by for further announcements during the run-up to August.

Beermageddon tickets are available at www.beermageddon.co.uk. A weekend ticket includes free camping, free parking and hot showers with no fees whatsoever. Beermageddon has sold out for the last eight years so make sure you don't miss out.

Wapram said: "Really looking forward to working with these guys. Our paths have crossed many times but we never played together. Should be a killer lineup and a very special night."

A forthcoming biographical documentary movie on Paul's life is currently in the making and the producers will be filming the Beermageddon performance. The movie is being created and directed by Wes Orshoski, the creator of "Lemmy - The Movie", and more details about the movie will be released during 2020.

Jim Beerman, festival organizer, added: "Beermageddon has always been about creating magical moments, and as an old-school metalhead, I can think of nothing better than closing this years festival with IDES OF MARCH, musicians who have played such a pivotal role in the history of metal, playing songs from arguably one of the greatest debut albums ever released, plus so much more. It doesn't get any more magical than that." 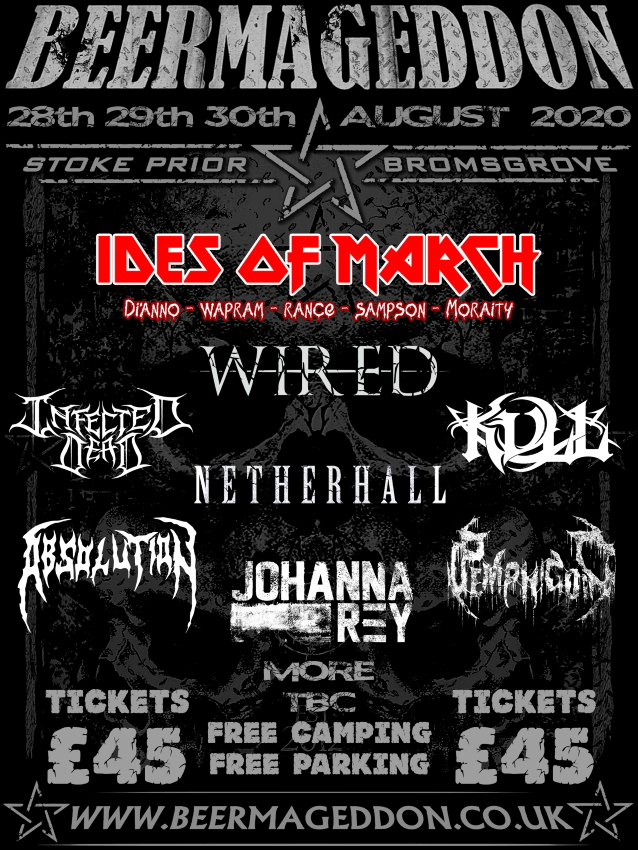