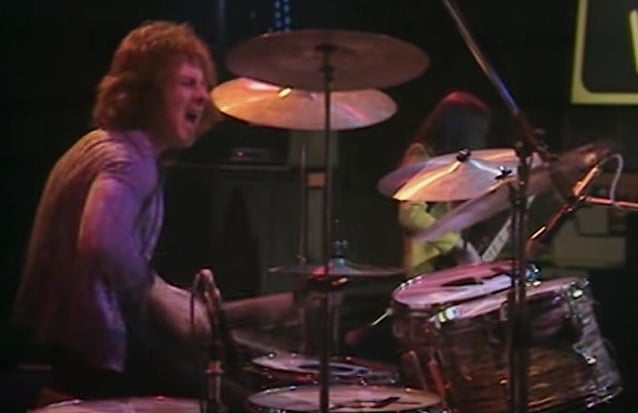 Hinch's passing was confirmed by PRIEST singer Rob Halford on Instagram Stories earlier today. Rob shared a photo of Hinch, along with the caption "RIP" and a series of emojis, including the "devil's horns" and a snare drum.

According to Wikipedia, Hinch played in several Birmingham, U.K. rock bands, including THE PINCH, THE GENERATION, and THE BAKERLOO BLUES LINE, later BAKERLOO. With Halford, he played in the band HIROSHIMA from 1972 to 1973.

In May 1973, guitarist K.K. Downing and bassist Ian Hill, the founding members of JUDAS PRIEST, were looking for other musicians to complete the lineup for their band, vocalist Alan Atkins and various temporary drummers having left to pursue other musical projects. They approached Halford and Hinch after they saw them playing live with HIROSHIMA. Glenn Tipton joined as second guitarist, and in 1974, they recorded "Rocka Rolla". 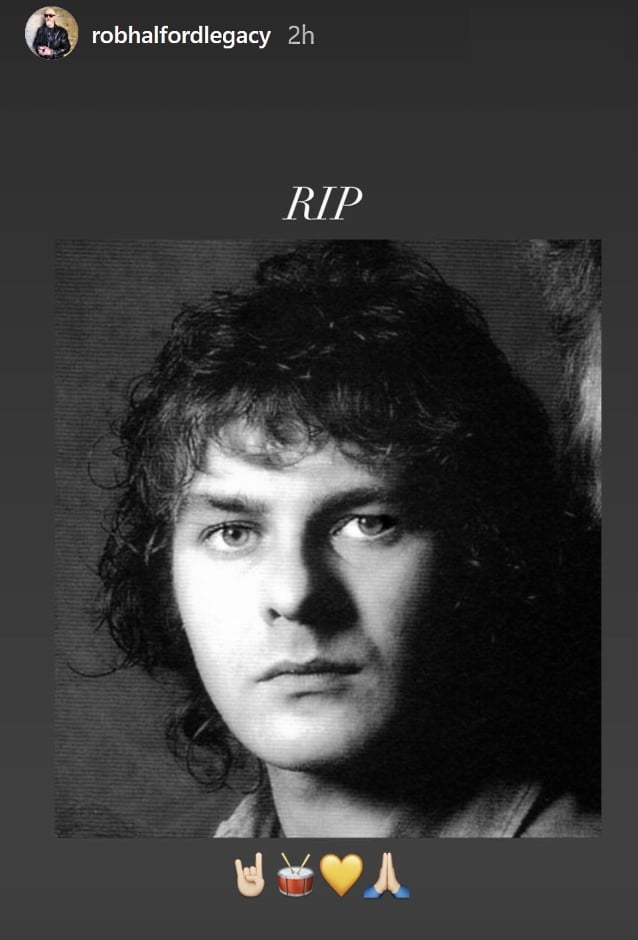