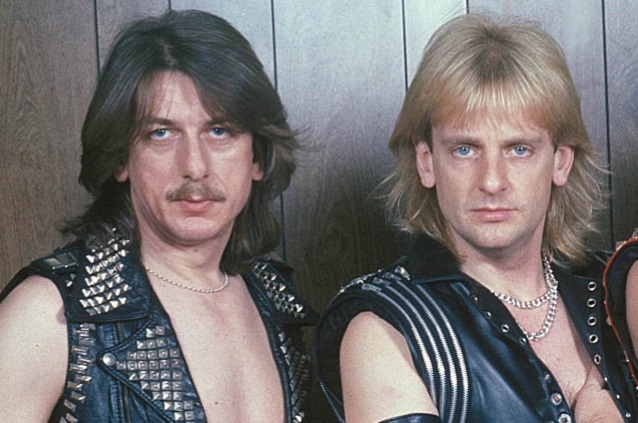 Former JUDAS PRIEST Guitarist K.K. DOWNING On DAVE HOLLAND: He 'Was A Solid Friend In Life And Solid Musician'

Downing said in a statement: "It is with deep regret that I have to accept the sudden and unexpected news that Dave Holland has passed away. Dave was a solid friend in life and solid musician both on the stage and in the studio; I will cherish the many gigs we played together and the albums that we made and I will always be grateful to the indelible contribution that Dave gave to JUDAS PRIEST.

"My sincere condolences to all of Dave's loved ones family and friends and to all of the fans that so much appreciated Dave's musical ability and his life's work.

According to the Spanish newspaper El Progreso, the 69-year-old Holland died on Tuesday, January 16 at Hospital Universitario Lucus Augusti in Lugo, Spain. The cause of his death has not been revealed, but his body has already been cremated, according to the newspaper.