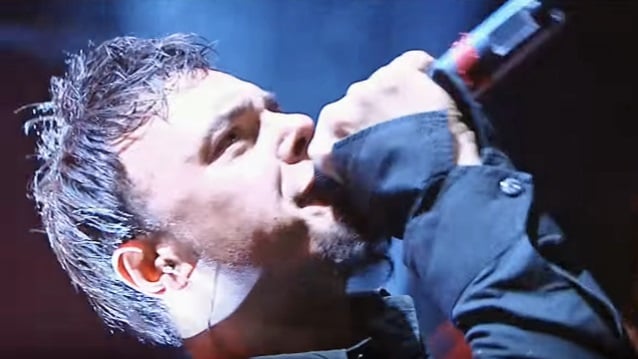 Former KAMELOT singer Roy Khan (full name: Roy Sætre Khantatat) has released his first-ever solo song called "For All". The track, which was written by Khan, was recorded at Stable Studios in Oslo, Norway in March 2018 and features Roy on vocals, piano and keyboards alongside Leif Johansen on fretless bass and Geir Olav Akselsen on all guitars.

After his departure from KAMELOT seven years ago, Khan, who is a devout Christian, joined a church in the coastal town of Moss, Norway. As an employee of Moss Frikirke, Khan worked with the youth, mainly with the choir and the skaters of the village. Roy stopped working at the church in September 2016, but is reportedly still living and working in Moss.

When asked whether religion played a role in Khan's decision to leave the band, KAMELOT guitarist Thomas Youngblood said in a 2011 interview: "I know that there is a religious aspect to it that I can't really 100 percent explain. The religious aspect is something that I wanna let him to kind of talk about, but I know that he had been going to religion classes for whatever reason. Obviously, over the years of working together, being at times best friends and things like that, we have discussed all kind of topics about religion, so it's actually very surprising to me that this is where we are at now with him. But really, I don't really want to talk too much more about it because that's really something I think that he should come out about, in terms of what he believes or doesn't believe or whatever."

KAMELOT officially announced Tommy Karevik as its new lead singer in June 2012. The Florida-based band has recorded three albums so far with the Swedish vocalist: 2012's "Silverthorn", 2015's "Haven" and "The Shadow Theory", which will arrive this Friday, April 6.