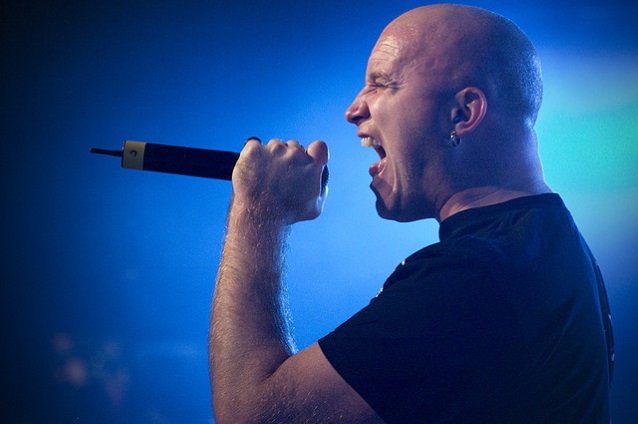 Bay Area vocalist Luke Easter, who was TOURNIQUET's lead singer from from 1993 to late 2015, has announced a new solo endeavor. As part of the band TOURNIQUET, he co-wrote a number of songs, released 10 CDs, four home videos/DVDs, and played numerous shows internationally. This is his first solo project, and it is slated for an early summer 2018 release.

Produced by Kris Kanoho (ONE GROOVE, NOMASTERBACKS),the record features a core group of musicians from the Christian hard rock and metal scene — David Bach (GUARDIAN) on bass, Jesse Sprinkle (POOR OLD LU, DEMON HUNTER) on drums, and Josiah Prince (DISCIPLE) on lead guitar. Additionally, the record features an appearance by former STRYPER bass player Tim Gaines. The collection of all-new material was written by Easter, who says: "Up until now, I've been giving voice to someone else's songs… bringing someone else's musical vision to life. These songs are the closest I've come to something truly reflective of me. It's a snapshot of who I am as a singer and songwriter at this point in time."

A pre-order campaign has been launched via Indiegogo.

When he announced his exit from TOURNIQUET in December 2015, Easter said that his time with the band gave him "the opportunity to see the world; to meet and work with amazing people; to contribute to a body of work that I am proud of; and in the process I was able to share Christ with people all over the world."

TOURNIQUET drummer, songwriter and lyricist Ted Kirkpatrick explained that the decision to split with Easter was made because "our musical paths are not quite going in the same direction."