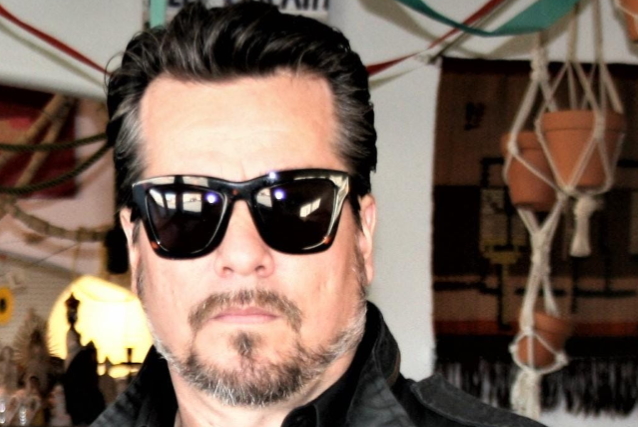 When not touring, former KYUSS frontman John Garcia works at the Palm Springs Animal Hospital in the field of veterinary medicine with his wife. He told Australia's Heavy magazine about his job (hear audio below): "I'm a veterinary technician. I work for anywhere from three to five doctors at one time. We're one of the most successful animal hospitals in, really, the Coachella Valley. We concentrate mostly on small animals — mostly household pets. We don't do any farm animals or any exotics. But it's a great environment. The doctors that I work for, they practice really good medicine. I've been doing it for over 30 years."

He continued: "Back in the day, I was in between tours, even in KYUSS, I'd go back to work at another veterinary hospital that was up here in Palm Springs. My wife's into it — she's a veterinary technician; she helps me. As a kid growing up, it was just very natural for me. I was drawn to helping animals. It's something I'm proud of, And my wife is proud of her career as well. So it's just something that's in us."

Asked how difficult it is to juggle a career like that with a music career, Garcia said: "It takes a lot of balance — a lot of balance… Our families really allow to do this stuff. Without their support, it'd be very difficult to do. And, of course, the doctors' support as well — giving me time off to do this stuff, on top of taking family vacation, on top of multiple two-week jaunts over in Europe next year. It's a lot of balance, a lot of planning, but we make it happen. It's a necessity for us, so we make it happen. And with the support of our doctors and our families, it just makes it all that more enjoyable."

Garcia's latest project, JOHN GARCIA AND THE BAND OF GOLD, released its self-titled debut album in January via Napalm.

After starting the stoner rock movement by establishing KYUSS together with Josh Homme, Brant Bjork and Nick Oliveri in 1990, Garcia became one of the most heard voices from the desert in rock history. No doubt that he had massive impact on the desert rock movement by singing in bands like HERMANO, SLO BURN, UNIDA and VISTA CHINO.