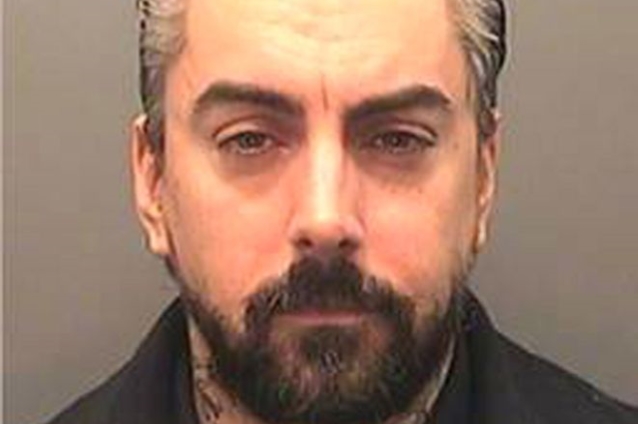 The singer is on trial at Leeds Crown Court for possessing a mobile phone in his cell at HMP Wakefield in Wakefield, West Yorkshire between March 4, 2018 and March 10, 2018.

According to Independent, Leeds Crown Court was told that the 42-year-old used the phone to contact a woman he previously had a relationship with.

Watkins was removed from his cell after officers received intelligence he was illegally storing a phone.

An intial strip search recovered nothing. However, Watkins then asked a prison officer if he would be allowed to see his mother, who was due to visit him that same day, if he gave up the phone.

He then reached into his underwear and produced a small three-inch long white GTSTAR model mobile phone — branded the smallest phone in the world.

Prosecutor Stephen Wood said: "Between March 4 and March 10 2018 the defendant was in possession of a mobile phone while inside HMP Wakefield. He [Watkins] is the former frontman of well-known rock group LOSTPROPHETS.

Watkins denied one charge of possession of a mobile phone in a prison and told police he was being forced to conceal the device by fellow inmates. According to Wood, Watkins said he had been threatened with being slashed. Watkins claimed these men wanted him to call his "groupies," then extort money from his groupies. He added that he was "really fucking scared."

In 2013, Watkins was convicted of 13 child sex offenses. These crimes only came to light following a drug investigation.

Six people came forward to make allegations against Watkins before he was finally arrested and jailed for 35 years, the report from the Independent Police Complaints Commission (IPCC) found. He must serve at least 29 years in prison.

Watkins's disgusted LOSTPROPHETS bandmates called it quits in 2013, just before the frontman pleaded guilty to his crimes. They subsequently formed a new group, named NO DEVOTION.