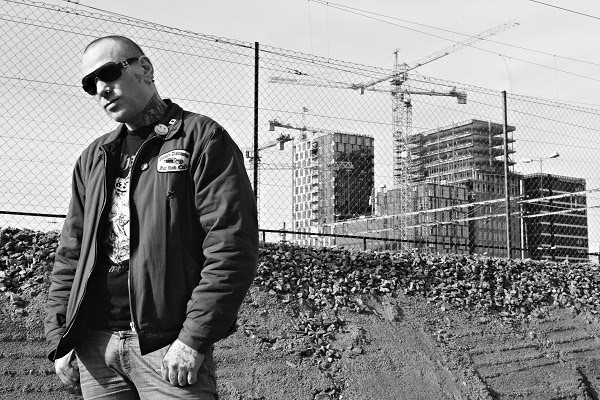 Following on from the recent announcement by former MAYHEM frontman Sven Erik Kristiansen (a.k.a. Maniac) that after thirty years he would be resurrecting Damage Inc., the date of September the 1 has been set for the relaunch of what was one of the original fanzines.

Created and published by Maniac in 1985, Damage Inc. had to be put to one side after only two issues, due to the rapidly burgeoning Norwegian black metal scene, and the subsequent demands placed on the vocalist by his role in MAYHEM and the various other musical projects he was working on at the time. Recently, however, the iconic frontman has found the time to return to what has always been one of his primary interests — writing — and this has led him back to Damage Inc. a project that has always remained close to his heart.

Eschewing the idea that zines nowadays have to either be "online" or appear as glossy publications that sacrifice content in order to appeal to advertisers, Maniac has remained resolute in his vision that Damage Inc. will lose none of its "old-school" attributes, and will remain true to the rough and ready fanzine concept of cut and paste and, according to him, will be much more rough than the first two issues, and contain "just darkness and good music."

The comeback issue of Damage Inc. will follow on from the first two issues and will effectively be issue three. In keeping with his decision to ensure that the fanzine stays true to its original concept, it will only be available in selected shops in Oslo, Finland and Japan, or directly from Maniac himself from September 1 September via email at [email protected] (pre-orders will not be taken).

However, since the original issues of Damage Inc. have now become much-sought after, and virtually impossible-to-find, collectors items, Maniac has teamed up with The Cult Never Dies, the U.K.-based publishing company, to create the book "Ultra Damaged: Damage Inc. Zine Anthology 1985/2017". The 118-page "Anthology" will be printed in large format (A4) on high-quality paper with a 350gsm card cover. All copies will be signed by Maniac.

As well as containing the two original issues from 1986 and 1987, "Ultra Damaged..." will also include the new 2017 comeback issue, which includes interviews with TEITANBLOOD, CLANDESTINE BLAZE, DÖRAID, BIRTH RITUAL and DARKTHRONE, among others, as well as a long and exclusive interview with Maniac himself.

The "Ultra Damaged: Damage Inc. Zine Anthology 1985/2017" is now available to pre-order from this location.

Musically, too, Maniac has not been entirely inactive, just more low key, having collaborated both live and in the studio with artists like Niklas Kvarforth and SHINING, and Andrew Liles (NURSE WITH WOUND),as well as having taken up his former mantle of frontman for a couple of MAYHEM performances. Most recently he has recorded guest vocals on the upcoming album from Norway's WITCHFACE. 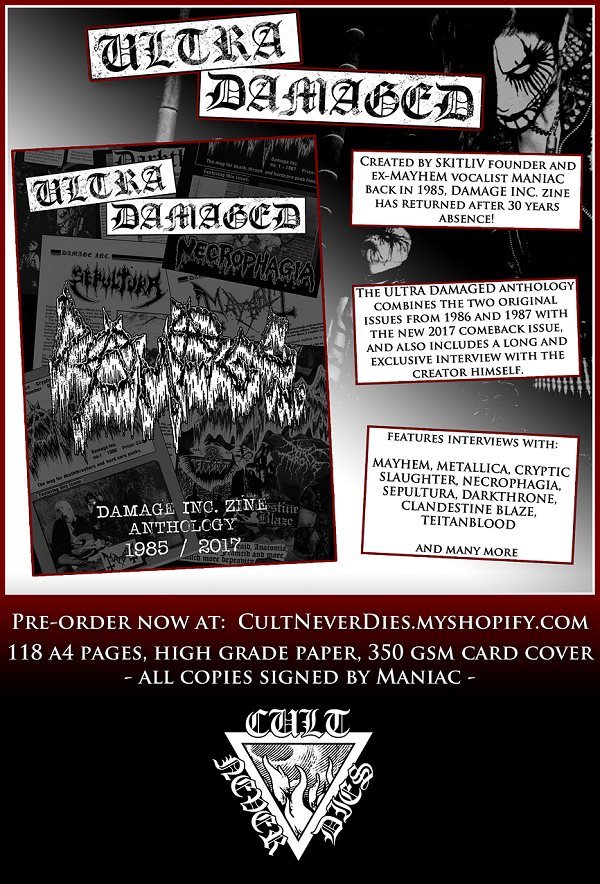 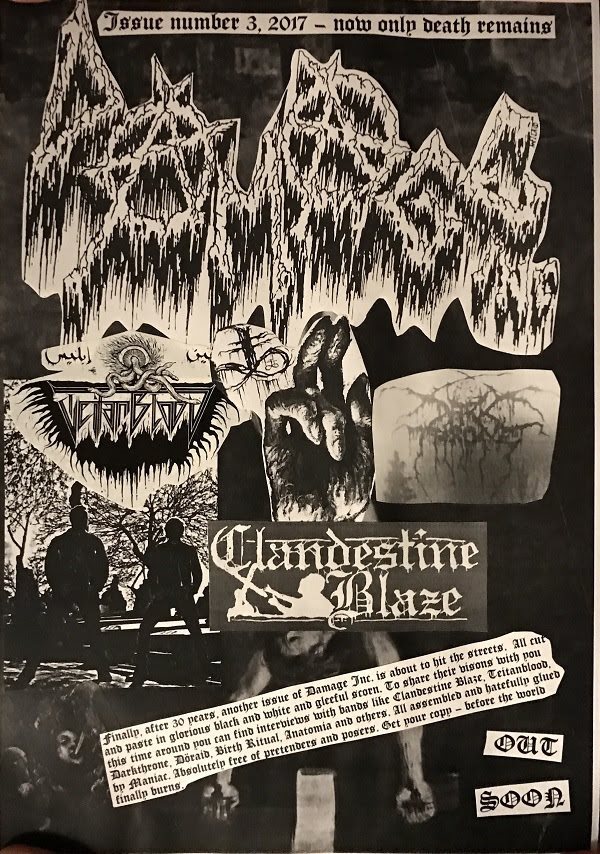