Former MEGADETH guitarist Marty Friedman will perform with Kotoko, a female J-pop singer who has released five albums, at Budokan in Tokyo, Japan this Friday, January 2.

In 2006, Marty penned Kotoko's Japanese Top 10 hit "Kirei na Senritsu". The two have made various public appearances together since then but this is their first time sharing the concert stage as well as Marty's second time performing at the Budokan.

In other news, Marty will make a rare "fusion" live appearance on January 13 at the Blue Note/Motion Blue Yokohama playing with Japanese Taiko drum master Hidano.

Hidano joined Marty during the 2008 "Future Addict" tour of Japan.

As previously reported, Marty Friedman will appear on "Kouhaku Uta Gassen", more commonly known as simply "Kouhaku", an annual music show on the New Year's Eve produced by Japanese public broadcaster NHK and broadcast on both television and radio, nationally and internationally by NHK's networks and some overseas (mainly cable) broadcasters which bought the program.

Literally "Red and White Song Battle," the program divides the most popular music artists of the year into competing teams of red and white. The "red" team, or akagumi, is composed of all female artists (or groups with female vocals),while the "white" team, or shirogumi, is all male (or groups with male vocals). The honor of performing on "Kouhaku" is strictly by invitation, so only the most successful J-Pop artists and enka singers can perform. In addition to the actual music performances, the costumes, hairstyles, makeup, dancing, and lighting are also important. Even today, a performance on "Kouhaku" is said to be a big highlight in a singer's career because of the show's large reach.

Marty is currently in pre-production for the next album from his LOVEFIXER project, tentatively due in early 2009.

LOVEFIXER is said to be the first-ever American/Japanese collaboration in Japanese rock which features Marty on guitar and Shinichiro "Sin" Suzuki on vocals. The group made its live debut in Sapporo in August 2007.

Friedman released the "Exhibit A - Live in Europe" CD in the U.S. on August 19 by Mascot Records. According to a press release, "Live in Europe" is "an aggressive, passionate and absorbing live performance that exposes the beauty and the beast in Friedman's personality. The album was recorded in 2007 featuring audio tracks from his latest tour in support of the album 'Loudspeaker' performed in Germany, Holland, England, Israel, Czech Republic, and Italy between March 31 and April 10, 2007." 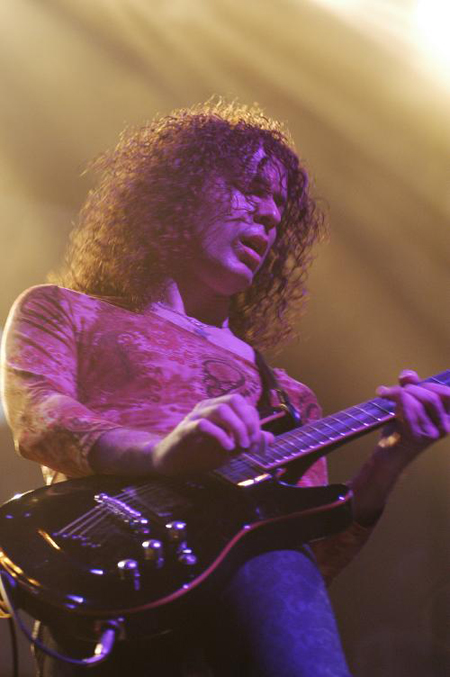