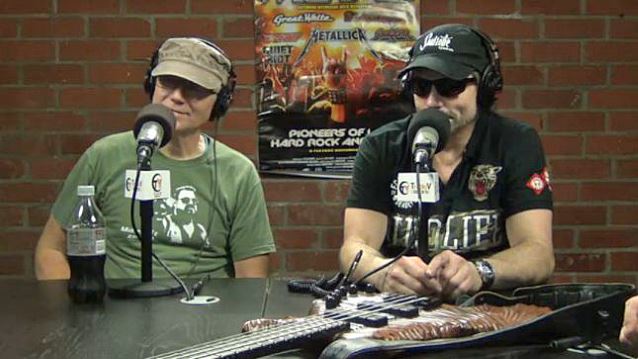 Former MEGADETH members Chris Poland (guitar) and Nick Menza (drums) will perform at a benefit concert for Poland's OHM: bandmate David Eagle (drums),who is still in ICU after his heart attack and open-heart surgery over six weeks ago. The event will take place on Thursday, July 9 at The Baked Potato in Studio City, California.

Regarding the new project's musical direction, which has been described by some as "LED ZEPPELIN meets METALLICA," Nick said: "It's got some elements of that, but I'd say we're just so far beyond everything that's been heard already. It's gonna be a conglomerate of styles. It's gonna be what we like to do best — have fun, play… Our material is gonna be really out there. It's gonna be different. It's gonna pumped, it's gonna be heavy, but it's gonna be us."