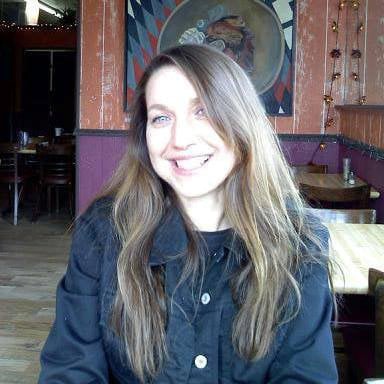 CORROSION OF CONFORMITY's Reed Mullin had this to say about Katherine Ludwig: "I'm not sure folks today know just how instrumental [Katherine] was in introducing and exposing your typical 'metal maniac' of the early '90s to so many badass bands. A lot of which, like C.O.C., had never been given an audience like that before. We had been in fanzines with circulations of maybe a couple hundred, but Metal Maniacs was thousands and thousands! A great advocate for little known underground metal, as well as hardcore/punk bands, she promoted the 'Blind' album to the point where by the end of the year it was on virtually everyone's top ten metal albums of 1991."

He continued: "I can't overstate how important she was to C.O.C.'s success. Without her, 'Blind' wouldn't have sold what it did. And after that, I don't think it's a stretch to say there probably would never have been a 'Deliverance' album."

Danny Lilker (NUCLEAR ASSAULT, BRUTAL TRUTH) said: "It was with extreme sadness that I learned about the passing of former Metal Maniacs editor Katherine Ludwig, who tragically lost her bout with non-Hodgkin's lymphoma on January 30th.

"It is fair to say that bands like BRUTAL TRUTH and anyone else who flew the flag of extremity in the '90s would not have gotten the acclaim and exposure they received without the rabid and continued support of Metal Maniacs.

"Remember, although the '90s were in fact a good time for extreme metal with death metal, black metal and grindcore flourishing, you wouldn't know that by reading most 'metal' mags back then, or by watching MTV or VH1. These mags and channels only seemed to feature grunge and nu-metal, while Metal Maniacs refused to pander to those who championed watered-down and commercialized forms of heavy music that so dominated this era.

"Before there was Decibel, Metal Maniacs was THE mag we scoured the newsstands for back then to see what was going on in the scene without having to weed through articles about mediocre and forgettable crap like PAPA ROACH, etc. It was proof that someone still cared about the real underground of metal and used their magazine to promote and feature bands that no one else in the mainstream metal media gave a shit about at the time.

"I raise my glass (and the horns) to Katherine Ludwig, who supported real metal and eschewed the commercial crap. Hail!"

BROKEN HOPE guitarist Jeremy Wagner stated: "I first met Katherine Ludwig in 1990 at Milwaukee Metalfest. Katherine was editor at Metal Maniacs magazine at the time. Katherine — along with her amigo, Borivoj Krgin — put BROKEN HOPE on the map in a big way as they featured the BROKEN HOPE demos and our photo in the 'Firing Squad' section of Metal Maniacs. I credit that exposure to getting us our first record deal and for turning BROKEN HOPE on to thousands of fans before we even had our first album out. For that, I'll always be grateful.

"Over the years, Katherine and I kept in touch. Like myself, Katherine was a writer of dark fiction and some sci-fi. She wrote some cool short pieces that had been published. In turn, I shared my own published and unpublished fiction with her and we'd offer each other criticism, suggest writing tools, and recommend books to each other. She always started her emails to me with these fabulous greetings like: 'Hello Mr. Death & Deviance in Things Musical and Literary,' or, 'Hi there, Deviant Sweetness' — 'Deviant Sweetness' was a term of endearment she gave me as she explained I wrote the sickest and scariest lyrics and novels while being the nicest, sweetest, kindest man at the same time.

"Katherine and I even had our own little book club once! It didn't last, but we both did complete one book at least: 'The Maltese Falcon' by Dashiell Hammett.

"Years ago I visited Katherine at her house in Trumansburg, New York. She loved being upstate and showed me around and gushed about how beautiful it was up there. As usual, we talked about books, and she showed me her little library full of novels and numerous metal books by the likes of Albert Mudrian and Ian Christe.

"Katherine was also a diehard vegan, and she took me to a vegan grocery store and gave me a full education on what veganism is all about, how good it is for you, and why she felt a healthy and ethical purpose to live that way. I admired that about her, though I told her that I didn't think I'd ever turn my back on a nice, thick filet mignon. She raised her eyeborws at that, but she never judged.

"When Katherine told me she was sick, I jumped into action and donated as much money as I could to help give her comfort as she went through medical hell. I reposted her donation page everywhere, and I gave her loving encouragement over the phone and text, etc. When the fine folks at Despumation Press approached me to contribute a story to 'The Healing Monsters' anthology to benefit Katherine (and also my friend Dustin Lavalley),I immediately fired up my Word program and churned out a 5,000-plus[-word] horror tale that would help Katherine and send chills down her spine. I think she would have a had a blast reading my story and all of the others!

"Katherine leaves behind a great son named Max, and many friends the world over. Moreover, Katherine Ludwig leaves behind a legacy of a strong woman in a 'man's metal world.' She was the face of Metal Maniacs for years, and was highly knowledgeable and passionate about extreme metal above and beyond her male peers in the business. Her work and drive should be noted and admired. And her love for all animals and the preservation of natural life made her an angel long before she left us.

"I love you, Katherine Ludwig… I'm lucky to have called you my friend, and I'll never forget you."

In a 2012 interview for Decibel magazine's "Women In Metal" issue, Ludwig said: "A lot of people tell me that by Metal Maniacs not being one-dimensional, it made them feel less alone. Like they weren't the only metalhead in the world who wasn't sexist, and read books, and actually questioned authority instead of just complaining about it. People have told me they became vegetarian, or vegan, or a feminist, or started voting because of the magazine. All of this floors me, stuns me, slays me. I still can't believe it."

Alicia Morgan, who worked as Ludwig's assistant and was editor for several issues of Metal Maniacs, wrote a message yesterday on the Facebook page that set up in order to raise funds to help Katherine "annihilate her cancer." She said: "I will write a proper message when I can get my head around the fact that my dear friend is truly gone. For now, just let me say that she truly was thankful for all of the support that she got from everyone here, and told me many times how much it touched her that so many people cared. All of the well wishes, support, messages, benefit concerts/fundraisers and donations did make a huge difference in her quality of life."

Katherine Ludwig, you will be greatly missed.