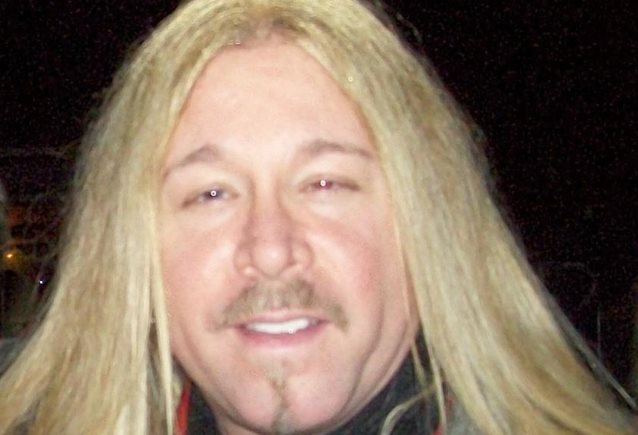 Said Schenker: "We are all lost for words at such a sudden tragic event taking David away from us. We last performed together in the USA, 2012, but had planned a special show together on the Axes & Anchors cruise in February 2016. He will be deeply missed. A great voice and a charming man. My condolences go out to his family and many friends."

VanLanding's good friend, QUEENSRŸCHE singer Todd La Torre, said: "I am beyond devastated to learn that one of my best friends, David VanLanding, has passed away [Tuesday] from a car accident. He was full of life, love, and laughter. He is notably known for singing with Michael Schenker, and has a lifelong professional music career, but those who knew him best know him as a loving friend, husband, and sibling. My deepest condolences to his wife and family."

VanLanding had done several tours with MICHAEL SCHENKER GROUP and had a short stint with CRIMSON GLORY. His last run with MSG took place in 2012, a 44-day, 31-city trek that VanLanding said "turned out to be one of the most rewarding tours of my career."

VanLanding once said: "I would rather play for 75 enthusiastic people than 750 standing there with the thumb in their butt."