"Orchestrating The Apocalypse", the debut album from the death metal horde WARFATHER, the new full-time project fronted by ex-MORBID ANGEL bassist/vocalist Steve Tucker, can be streamed in its entirety using the SoundCloud widget below. The CD was released on January 21 via Greyhaze Records in North America and will be made available on February 24 in Europe.

WARFATHER was initially announced in mid-2012, but has remained otherwise virtually a mystery until now. This band sees Tucker back to fronting a death metal outfit after over a decade since his departure from MORBID ANGEL, and over two years since his participation as a vocalist and writer in the well-received Nader Sadek project. Tucker states, "I am stoked about WARFATHER and our first album!

"WARFATHER is more than just a metal band; it is a belief system and a meeting of the minds, the ones that can see what is truly happening in the times we are living in.

"'Orchestrating The Apocalypse' is a warning to the eyes that choose to be blind, and a call to arms to the minds that do feel the coming changes. It is pure blackened, apocalyptic death metal.

"Fuck religion, fuck the government! This is their apocalypse. Our time is NOW!"

"Orchestrating The Apocalypse" brutalizes in a relentless style that builds on the work laid on the three Tucker-fronted MORBID ANGEL albums — "Formulas Fatal To The Flesh", "Gateways To Annihilation" and "Heretic" — resounding with over forty minutes of pure American death metal. WARFATHER delivers an intense, debilitating performance that should no doubt please fans of MORBID ANGEL, NILE and BEHEMOTH, while also sporadically infusing unique even bizarre atmospheric elements, elevating the album to a cutting-edge status. The CD was recorded and mixed at Cincinnati-based TME studios by Steve Tucker and mastered by Maor Applebaum at Maor Applebaum Mastering.

The cover artwork was designed by Ken Coleman and can be seen below. 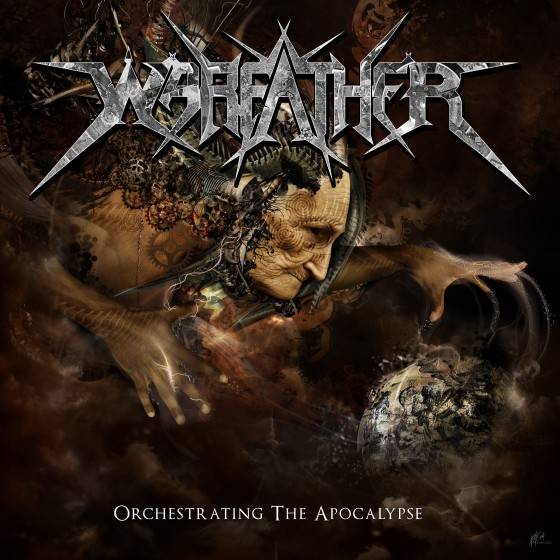