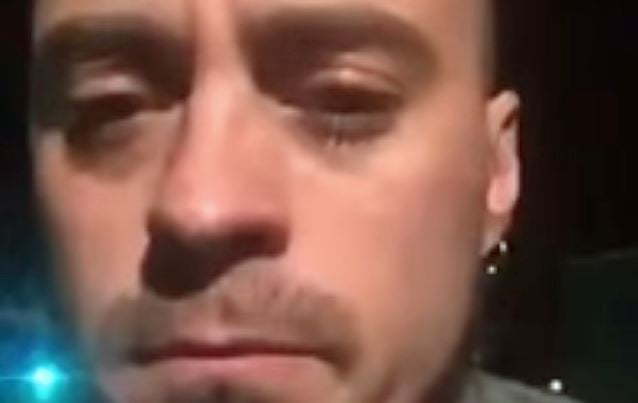 A KILLER'S CONFESSION, the new project led by former MUSHROOMHEAD vocalist Waylon Reavis, has signed with EMP Label Group. The band is working on its debut album, "Unbroken", for an early 2017 release.

Said Reavis: "I am so proud of this project, and being able to come back with an absolutely killer record, with killer musicians. Anyone who has been a fan of anything I have done previously is absolutely going to be floored by A KILLER'S CONFESSION. Seriously, if you have a dick, this record is going to knock it in the dirt."

On signing to EMP, Reavis had this to say: "I am so thankful to Thom and David for believing in me and getting behind this project the way they have. I have been watching everything they’ve done the last year, and I am so proud and excited to be part of the EMP family."

Hazaert, who is no stranger to the Cleveland scene that spawned MUSHROOMHEAD, securing major label deals for Cleveland artists including CHIMAIRA, SWITCHED and ERASE THE GREY, adds: "I have a long, great relationship with Waylon, I’ve collaborated with him on projects in the past (Reavis also appears on a track on the current DEAD BY WEDNESDAY guest vocalist release 'The Darkest Of Angels'),and he is one of the humblest, hardest-working guys in this business. His talent and drive are endless, and I couldn’t be more excited to help bring this project to the masses."

Reavis was co-vocalist for MUSHROOMHEAD from 2004 to 2015, and appears on the albums "Savior Sorrow" (2006),"Beautiful Stories For Ugly Children" (2010) and "The Righteous & The Butterfly" (2014),as well as other projects including TENAFLY VIPER, which also featured former CHIMAIRA bassist Jim LaMarca.