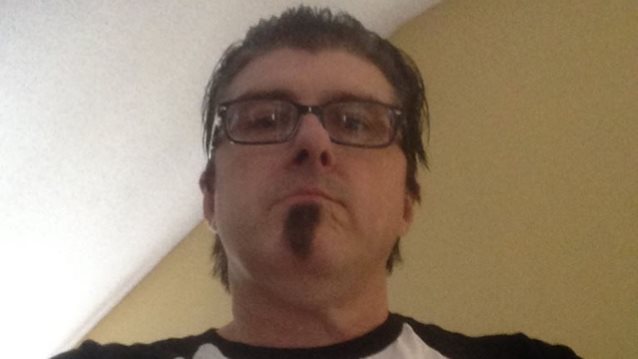 Former OBITUARY bassist Frank Watkins has died after a long battle with cancer. He was 47 years old.

Watkins left OBITUARY in 2010 on acrimonious terms and was eventually replaced by Terry Butler.

Watkins started playing music at the age of 12 and joined OBITUARY in 1989, after the recording of the band's debut album, "Slowly We Rot". His first album with the group was their landmark 1990 LP, "Cause Of Death". OBITUARY broke up in 1997, but Watkins reteamed with his bandmates in 2003, and stayed with the group through the recording of 2009's "Darkest Day" LP.

Frank was also involved in managing, mentoring and guiding other bands and musicians through his management company Back From the Dead Productions, which he launched in 2007.

In late 2007, Watkins became the bassist of Norwegian black metal band GORGOROTH, and in 2009 he participated in the recording of the GORGOROTH album "Quantos Possunt Ad Satanitatem Trahunt". He made his live debut with the band at the Hole In The Sky festival in Bergen on August 29, 2009. This was the first concert GORGOROTH had performed since September 2007.

In an interview with Metal Maniacs published online in August 2009, Watkins explained that for his work with GORGOROTH he had taken the stage name "Bøddel", which means "Executioner" in Norwegian.

Watkins told Noisecreep in a 2009 interview that he once worked as a mortgage broker. "I had a mortgage company for a while and mortgages went out the window in America and it's all corporate," he said. "I worked for Wells Fargo for a long time and realized I could do this myself. I don't need a bank to pay me, so I just opened my own. Just as the mortgage industry dropped, OBITUARY said, 'Let's play again.' I let the company fizzle out in 2008. I decided to do music full-time since I could try and implement the business sense that I have and all the nightmares I suffered through in the music business!"

Watkins said that he honed his sharp-as-a-steak-knife business sense "probably from fighting with promoters at shows. All the shit we did in the band! When I started as a stock broker, I had gotten off a tour and OBITUARY decided we were not gonna do anything for a while. I saw my friend driving a Porsche in my neighborhood at the grocery store, and I was like, 'How do you afford that?' And he said he was working as a stock broker, so I told him to get me a job. I learned how to sell on the phone. It was hardcore and military-style shit. It was insane, but taught me a lot of negotiation skills."

Just got the very sad news that Frank passed away this morning. Our thoughts and and prayers are with his family....