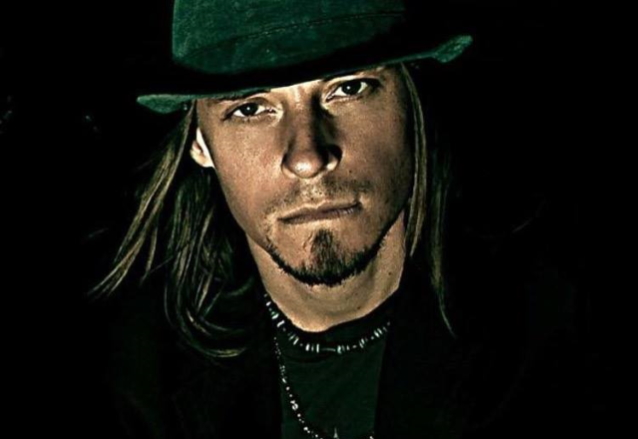 According to TMZ, former PUDDLE OF MUDD guitarist Paul Phillips has filed a lawsuit against Florida's Baptist Medical Center Of The Beaches and two doctors, claiming their treatments left him with a brain injury and serious seizure condition that might affect his ability to play music.

Phillips, who played in PUDDLE OF MUDD from 2001 to 2005 and 2009 to 2011, was admitted to the hospital back in November 2019 after complaining about an altered mental status and possible seizure. He initially suffered from low sodium levels, but doctors gradually brought the levels back to normal before he was discharged from the hospital. Three days later, he suffered a seizure and was rushed back to the hospital. An MRI scan showed brain damage, which he now claims was caused by the treatment he received at the hospital.

As a child, Phillips first started to learn the guitar when he was just 11 years old. He was influenced by his father, who used to play in a cover band during Phillips's childhood. As he got older, his first real gig came with a Jacksonville-based band called HAPPY HOUR. After his friend Fred Durst invited him to audition, Phillips became a member of PUDDLE OF MUDD in 1999, and stayed there until 2005.

The band's first major hit came in 2001, with the release of the album "Come Clean", which was certified triple platinum and sold more than five million copies. On that record, the most popular single was "Blurry", which climbed to No. 5 on the Billboard Hot 100. Phillips departed several years later, in 2005, and joined the band OPERATOR for a short stint, only to return to PUDDLE from 2009 to 2011.

Since his 2011 departure, Phillips has stayed busy, writing and playing music for "Nitro Circus: The Movie", as well as acting in the horror film "The Guy Knows Everything", and joining REV THEORY for a short time. He has also appeared in several shows for "Burn Season". Currently, he is involved in a project called THE FALLOUT COLLECTIVE. Phillips has also worked on several fitness and clothing shoots.