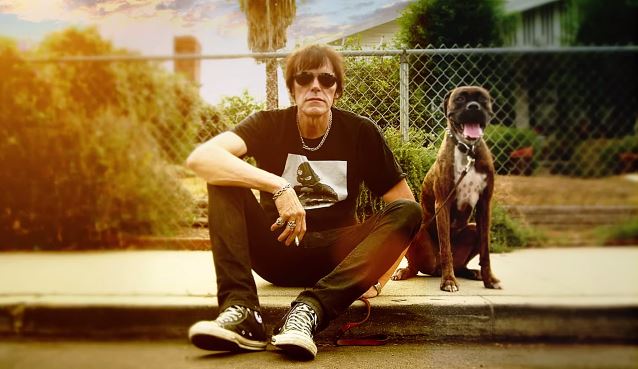 "Entitled", the new video from Richie Ramone, can be seen below. The second single and title track from his debut solo album drips with punk rock attitude, groove and plenty of hooks. Richie explains: "'Entitled' talks about how hard it is to survive today in a world where the economy has staggered our opportunities. Everyone deserves a chance to become the person they dream about. 'I'm entitled to more, I'm entitled for sure, I'm not a puddle on the floor.'"

Notoriously the fastest drummer to have performed in the RAMONES, it's no surprise Richie has emerged as a solo artist, given his history in the legendary New York punk outfit. He penned the RAMONES hit song "Somebody Put Something In My Drink", which is included on the album "Ramones Mania", the first RAMONES album to go gold, as well as "Smash You", "Humankind", "I'm Not Jesus", "I Know Better Now" and "(You) Can't Say Anything Nice". Richie's songs have been covered by new generations of bands worldwide, including metal bands CHILDREN OF BODOM and BEHEMOTH.

Richie Ramone joined the RAMONES in 1983 and first appeared with the band on their "Subterranean Jungle" tour.