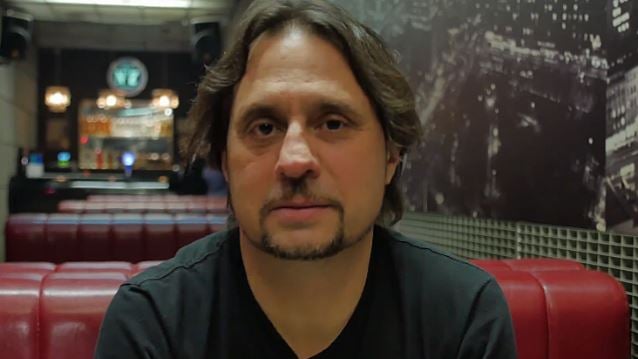 In an exclusive interview with music writer Joel Gausten, former SLAYER and current PHILM drummer Dave Lombardo reflects on his former band GRIP INC., his relationship with the group's late singer Gus Chambers and the June 9 release of a four-song EP of previously unreleased GRIP INC. material called "Hostage To Heaven". An excerpt from the chat appears below.

Joel Gausten: What really struck me when I first heard the band was the fact that Gus was such a different kind of frontman compared to a lot of other singers in metal at the time. When you were getting this band together, what ultimately made you think Gus was the guy as opposed to going for a more traditional metal or thrash singer?

Lombardo: He was unique and he had a powerful voice. There are singers who have voices that are very thin and they rely on cupping the microphone to give them the typical growl or whatever it is they do today — that "cookie-monster" voice. Gus not only had a range, but he had an attack in his voice and this aggression that was actually punk. It came out of his gut; it came from his soul. It wasn't something that he was faking. He was the real deal. When I first met him and considered him, I was like, 'Man, this is the guy!' His posture, his attitude...It was exactly what I wanted in a singer... He lived the part; he was a singer. He was real punk rocker. The guy was a bad ass.

Joel Gausten: Sadly, Gus is no longer with us. Looking back, what remain some of the best memories you have of your time with him?

Lombardo: Gus was a positive, funny guy. He was always full of jokes; he was always doing some kind of crazy antic that would make you laugh. He was a very warm, kind and gentle person, but there was this aggressive punk side to him that I equally loved. It was part of his character and nature, and you just had to love that as well as his other side to really understand who Gus was. He's definitely missed; there are a lot of times where I reflect and think, "Damn, I wish he was still around. We could have done something together again." It's unfortunate and it really sucks that this happened. What sucks about when musicians pass on is that not only do people who were close to them know they're not there — and that hurts — but it's compounded because there's this magic and feeling you have when you play music together with other musicians. When they're gone, you realize you'll never experience those sounds or that voice again. It bums you out. We recorded all the albums in Germany. He had lived in Germany for a while and he picked up on some of the Germany language. I'd say to Gus, "Hey's, let's go get a doner kebob or a bratwurst or currywurst." He loved currywurst with "extra sosse," as he used to say. We'd go, and he'd crack jokes on the way there and on the way back. He was just a character; he was just great.

Joel Gausten: Now that GRIP INC. is very much in the rearview mirror for you, what would you say was ultimately the band's greatest accomplishment?

Lombardo: I don't really look at things as being accomplishments...What I am most proud of was the fact that during a time when music was changing, we were still thrash metal, punk, whatever we were and pushing forward. We were going against the grain where everyone around us in L.A. was wearing baggy pants and singing "Jump! Jump! Jump!" and crossing that hop-hop line with heavy music — which is all good, because it's fine and awesome — but we were going against the grain and were, like, "No, we're not going to fall into that." So I think being unique was something that I was really proud of. We didn't change the course of what we set out to do, which was making music as heavy as possible.

The complete interview is available at JoelGausten.com. 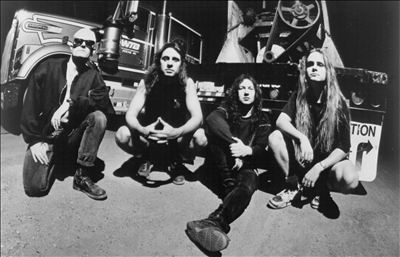 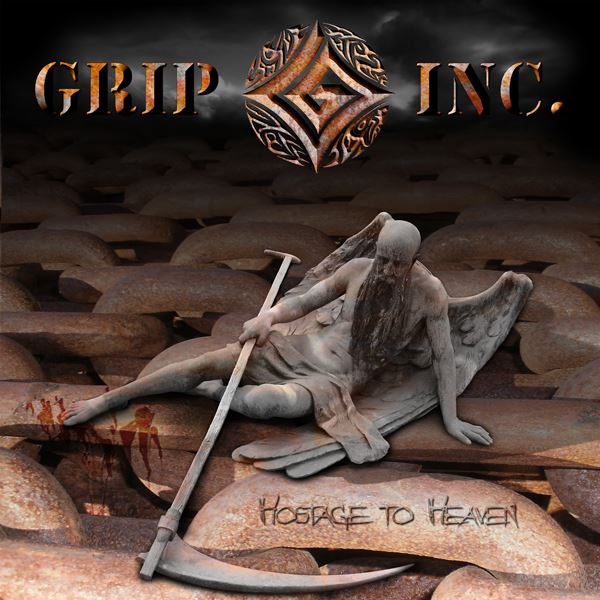