A former drum tech for SLIPKNOThas posted a photo of his personal itinerary which lists all the current members of the band, including their new drummer and bassist, whose identiies SLIPKNOT has not officially revealed.

As expected, the itinerary lists SLIPKNOT's new drummer as Jay Weinberg, son of E STREET BAND drummer Max Weinberg, while the bassist is confirmed to be Alessandro "Vman" Venturella.

The itinerary photo was posted on Instagram by Norm Costa, who has worked in the music business for 22 years, much of it as the drum tech for SLAYER's former drummer Dave Lombardo. According to Costa, he was hired by SLIPKNOT to work as Weinberg's drum tech, but was recently relieved of his duties.

Weinberg was previously in the punk band AGAINST ME! and left under less-than-friendly circumstances. AGAINST ME! singer Laura Jane Grace tweeted in September, "Dear SLIPKNOT, good luck with that. #shitbag."

SLIPKNOT singer Corey Taylor said on a Las Vegas radio program that the band's new bassist and drummer have yet to be made full-time members of the nine-piece outfit. Taylor explained, "They're not official band members yet, but they are people who play with the band. Time will tell whether or not they're, like, full members."

Taylor continued, "With this band, you earn everything. You're not just given that shot; you have to earn it. And so far, they're doing really well. And we're really enjoying jamming with them."

Taylor admitted he was unhappy when distinctive tattoos on Venturella's hand identified him as SLIPKNOT's new bassist. The singer said, "I was, like, 'Why didn't we make him wear gloves?' I was so upset. I was, like, we thought of all this stuff. We put the hood on him and then the mask… And then there is his tattoos for everybody (to see). I was, like, 'Well, we missed the mark on that one.'"

SLIPKNOT debuted its new lineup in the video for "The Devil And I", the first single from the band's new album, ".5: The Gray Chapter".

SLIPKNOT guitarist Jim Root recently said that the band may never reveal the identity of the drummer who replaced Joey Jordison. Speaking with Guitar World, Root explained, "We're not saying who the new drummer is. Even if people find out beyond a shadow of a doubt who the new drummer is, I think we're always going to deny who it is. He might not last. He might tour with us a year and figure out we're all insane and he can't handle being around us. Or we might shut him out."

Root added, "For SLIPKNOT, I'd say drumming is only 50 or 60 percent of the job. The rest of it is who you are and what your personality is. Will you clash with guys like me, Mick, Clown, Corey, Craig and Chris? We all have these strong alpha-male personalities."

Root and SLIPKNOT guitarist Mick Thomson handled most of the bass duties on ".5: The Gray Chapter", with some help from former touring bassist Donnie Steele.

The first all-new SLIPKNOT disc since 2008 arrived on October 21. 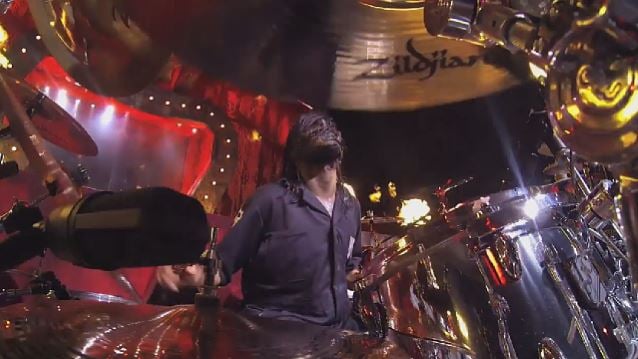 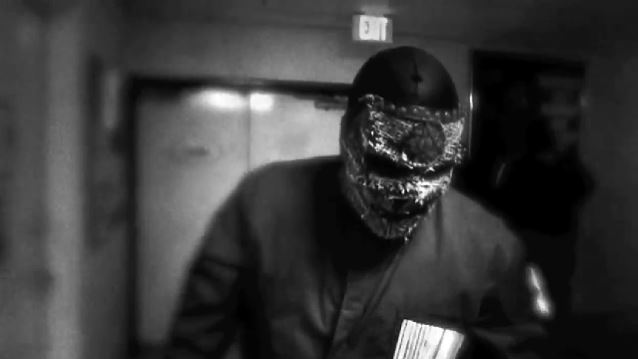