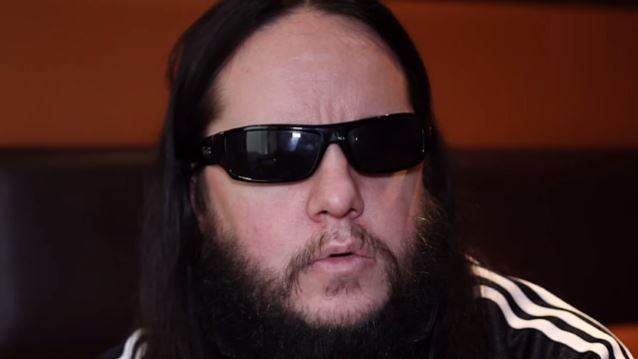 Former SLIPKNOT drummer Joey Jordison has completed work on a new studio album with producer Kato Khandwala, who has previously worked with THE PRETTY RECKLESS and WE ARE THE HARLOT. Joining Jordison in the project is singer Kalen Chase, who has toured with KORN as a backing vocalist and percussionist.

It is not presently clear if Joey's new album will be made available as the sophomore effort from SCAR THE MARTYR, which was the name of Joey's project that released a self-titled debut CD in 2013.

Singer Henry Derek Bonner quit SCAR THE MARTYR in April 2014 and has since joined ACT OF DEFIANCE, the new band formed by ex-MEGADETH members Shawn Drover (drums) and Chris Broderick (guitar). Bonner told BLABBERMOUTH.NET at the time that he was leaving SCAR THE MARTYR "due to personal differences, artistic direction and a slew of business decisions that I cannot simply ignore."