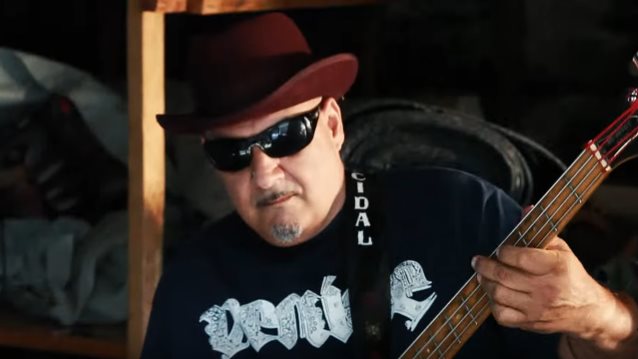 Mayorga claims that he has to repeatedly ask Fancher for his money until she finally sends him a check for an "arbitrary amount." He says these checks never come with an earnings statement, so he has no way to check if he's getting his rightful cut.

According to the suit, Mayorga hasn't received any payments since June when he received an e-mail from Fancher telling him sales were low and he was not a top priority.

In a 2013 interview with Metal Riot, Mayorga said that his tenure in SUICIDAL TENDENCIES was "some of the funnest times in my life." He added that he was "proud" of the band's first album, especially "Institutionalized", which "put us way beyond our expectations." He explained: "[I] can't believe how far it's gone. I'm super proud and sometimes can't believe it, especially with all the other huge bands like METALLICA, ANTHRAX, NOFX, THE OFFSPRING that recognized the first SUICIDAL album."

Another former SUICIDAL TENDENCIES bassist, Robert Trujillo — currently a member of METALLICA — credited Mayorga in a 2014 interview for co-writing "all" of the songs on "Suicidal Tendencies" and "most of the music" for SUICIDAL TENDENCIES' second album, 1987's "Join The Army".