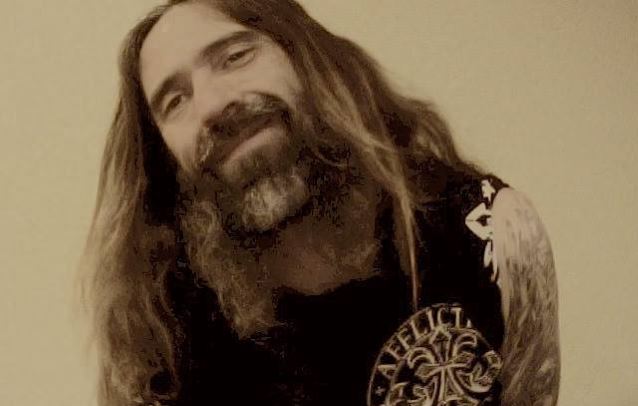 Says Christian: "Zack [is] from Santa Rosa, California [and] he's not known for this style of music or as a frontman. He's a serious multi-skilled musician. [He] plays a myriad of instruments, including saxophone, stand up bass, piano, and a lot more. [He] has a great voice, [with] tons of range, dynamics, and is capable of singing with aggression. The 'jazz guy' looks like a frontman for a heavy band and he hits it and feels it for real."

He continues: "Finally... I have a for real rock 'n' roll band. Heavy as fuck, but it all still rocks. That's what a lot of bands seem to forget these days. Everything's split up into a gazillion sub-genres. All tunnel-visioned in various ways and directions. It's the Tower of Babel separating us all. I want to bring it back around. Bring people back together. I just want to put out music that hits hard and people can connect with, and is (just like I want to call the debut album) undeniable."

In a recent online post, Christian stated about his latest departure from TESTAMENT: "I came back [to TESTAMENT] with nothing, under a great deal of stress (much of it self-imposed) about trying to put up, and keep up, an appearance that was consistent with being in a band of this stature, while being shit broke and struggling. That's exhausting. And I was never able to get ahead, even a little, so I could never relax or find my 'ground.' I was always off balance, and always stressed and struggling, and they fully took advantage, knowing if I didn't just do the gigs and get that next check, I couldn't pay my bills. There was no negotiating. There was a 'fuck off, take it or we'll get someone that will, we own everything and you're not shit anyway' kind of attitude about everything and I was always so beat down by it, I just dealt with it all and went along. Not really thinking, I guess. But I never once, over that eight and a half years, felt grounded or balanced. It wasn't possible."

He continued: "Now, a little over a year away from it all, I still have all the same financial and external struggles, except the 'putting up a front' thing. The fucking whole world knows I'm broke, so I can relax about that. But, seriously, that's a big stress reliever. And I'm watching the songs I've wanted to do forever materialize in an amazing way, and I'm finally starting to find my ground. I'm starting to be able to relax and ground myself. I can see things right in front of my face that have been there all along, that I wasn't 'able to see' while in 'that' situation."