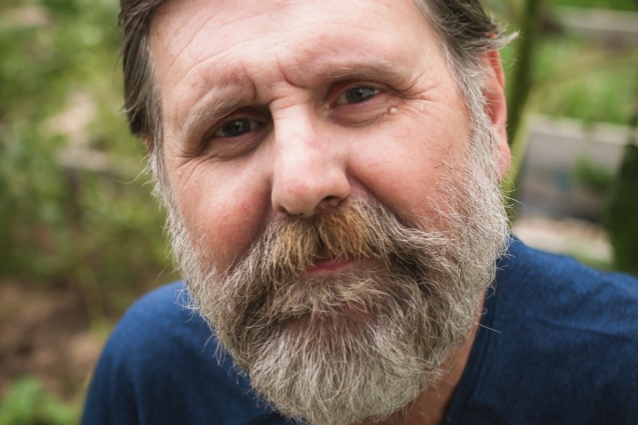 Former TNT vocalist Tony Mills has has died after a six-month battle with cancer. He was 57 years old.

The British-born singer appeared on three studio albums from TNT — 2007's "The New Territory", 2008's "Atlantis" and 2010's "A Farewell To Arms" — before exiting and being replaced by a returning Tony Harnell.

Mills's passing was confirmed by his wife Linda in a social media post earlier today. She wrote: "It is with a shattered heart that I announce the passing of my loving husband and best friend Tony Mills. He was diagnosed with terminal pancreatic cancer in April of this year and lived his life to the fullest until he exhaled for the last time in my arms. He wanted to live, but wasn't afraid of death.

"Most will know him through his incredible contribution to the music world as a singer in bands like SHY and TNT as well as a solo artist and session vocalist. He leaves behind him a legacy that will live on for many lifetimes.

"Those people closest to him will also know him as a gentle and kind soul, a dedicated husband with a love for the quiet life, his animals and his motorbikes. His sense of humour was always on point. His last summer was the happiest in his life, at the end of each day he exclaimed 'It's been another fantastic day!' He spent a lot of time in his workshop fixing up his dirtbike so he could ride it later this autumn. The evening before he passed, he managed to whisper: 'I've had a good life. I've had a GOOD life. I'm just a bit pissed about the bike.'"

TNT shared Linda's post and added in a statement: "TNT band & crew deeply regret the passing of our good friend and 2006 - 2013 TNT singer Tony Mills. You gave us 3 great albums, many great concerts and many great moments together on the road and in the studio. We feel a terrible loss. Fuck Cancer! Rest easy Tony."

Mills, who suffered a heart attack more than eight years ago, announced his cancer diagnosis in April via Facebook. He wrote at the time: "I have suffered since the end of last year, shortly after a car crash before Christmas, which halted my digestive system and left me with internal pain that was difficult to isolate or fully understand.

"Various hospital visits found nothing from tests until I took myself to a private clinic in Oslo, where the doctor decided I was too unwell for normal scopes and I was scanned the following day.

"A tumour too old and large to be removable had been growing inside me for a year or so and was the cause of all my problems. It seems to me that the car crash definitely accelerated the growth and/or effects of this entity, otherwise I may still not even be aware of it. So, that's that.

"Thanks for your support during my time as a singer/songwriter; I met and worked with many of my heroes and I lived the dreams from when I was a starstruck teenager, against all odds and the advice of parents and teachers, who were all wrong.

Mills toured the world with British AOR sensation SHY in the '80s and established himself as a versatile songwriter and session vocalist with a slew of U.S. artists during the '80s and '90s. While fronting TNT, he maintained an active solo career and continued being involved in session work.

Harnell, who fronted TNT during its most successful period, beat thyroid cancer in 2009 and later appeared in advertisements for the American Association of Clinical Endocrinologists in order to share his story and help educate others about the warning signs of thyroid cancer.

It is with a shattered heart that I announce the passing of my loving husband...