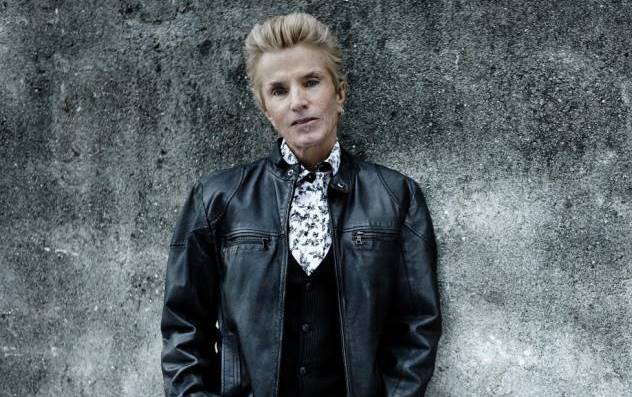 Frederiksen was best known as the former vocalist of TOTO (on the "Isolation" album, released in 1984),as well as his involvement involved in a lot of other outstanding musical projects: TRILLION, LEROUX, FREDERIKSEN/PHILIPS, MECCA, FREDERIKSEN/DENANDER and DAVID LONDON (solo album, under pseudonym). In 1999 he debuted as a solo artist with "Equilibrium", an album which garnered great reviews in Europe and Japan and since then he has been offering quality melodic rock music to his legion of fans.

Frederiksen's last solo album, "Any Given Moment", was released in August 2013 via Frontiers Records.

In June 2010, Frederiksen announced he had been diagnosed with liver cancer. The following months were obviously very difficult for the singer who used music and the recording sessions for the 2011 album "Happiness Is The Road" as a therapy to regain confidence in himself and his strengths.

Fergie said back in 2011: "It was hard doing the sessions [for 'Happiness Is The Road']. I had side effects of the drugs, after the operations and then with the pills I'm taking. I had to stop many days and just go home to bed to try and do it again the next day.

"When I was first diagnosed with cancer, I wanted to stop recording. It didn't feel like I could do it. But my friend Alex Ligertwood said I need to finish it. He was right, of course, and I thank him for the tough love. I am proud that I did."

About one year later, in the summer 2011, Fergie revealed that the cancer was close to being defeated. "I am feeling great right now," Fergie said at the time. "I am close to cancer free. Not what all the doctors thought would happen and they are almost as excited about it as I am. I seem to be an exception to the rule. I am very glad to be, because the alternative sucks big time."

Fergie Frederiksen was also involved in raising awareness of Hepatitis C, a disease he has been struggling with himself. Hepatitis C virus (HCV) is the most common chronic blood-borne infection in the United States. Fergie had arranged benefit shows for the American Liver Foundation, with the cause of fighting Hep C. He went through a successful treatment in 2005, which he was fighting for other patients to receive too.