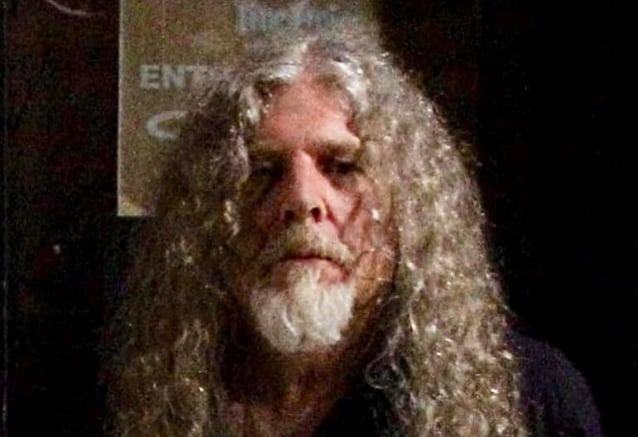 In a new interview with Heavy Culture, former TROUBLE singer Eric Wagner revealed that he has been working on his debut solo album for the last few years. "[It's completely] written [and I'm] just getting ready to record it," he said (see video below). "I always wanted to do something like that. Friends that I grew up with [will] play on it, and [I will get some] guest guitar players to do the solos, [people] that I respect and consider friends for all these years. So it should be fun. And I've been looking forward to doing this. Like I said, that one's written, and I'm just kind of waiting to record it. It's [something] I've been wanting to do for a long time. It's just me — it's just me."

Wagner went on to say that he is "getting real close" to beginning the recording process for the solo LP. "Whether it happens still this year or not, I'm not positive," he said. "But that one will be out next year sometime… But I've been working on it for a few years. It's finally finished. The thing's done — the cover, all of it. It's just sitting there waiting to get recorded. So I'm working out the contract stuff, so I should start recording pretty soon."

During the same chat, Eric said that his band THE SKULL has written about five songs for its next studio LP. He is joined in the group by another former member of TROUBLE — bassist Ron Holzner — along with guitarist Lothar Keller (SACRED DAWN).

Earlier this year, TROUBLE partnered with Hammerheart Records to re-release the legendary doom legends' entire musical catalog, in addition to their upcoming album. This partnership that will see the distribution of the band's entire library of music that spans over three decades.