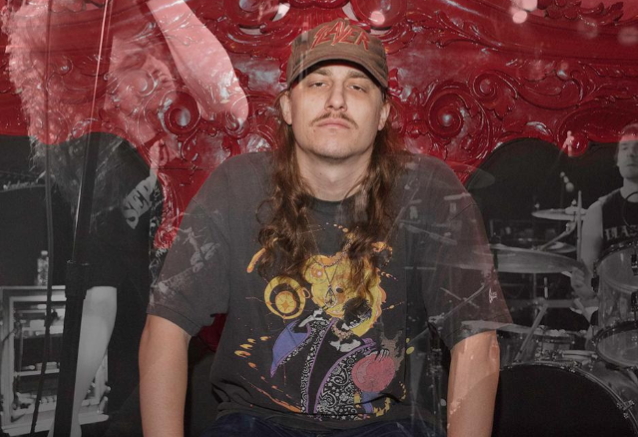 Fox News' Greg Gutfeld has paid tribute to POWER TRIP singer Riley Gale, saying they were "good friends" who "helped each other out."

Gutfeld, one of the co-hosts of "The Five" and Fox News' resident metalhead, struck up a friendship with Gale over Twitter after he played some of POWER TRIP's music on the show.

Earlier today (Wednesday, August 26),Gutfeld wore a POWER TRIP shirt as he delivered an on-air tribute to Gale, saying that they became pals despite their political differences.

Greg said (see video below): "Yesterday, Riley Gale, lead singer of POWER TRIP and all-around brilliant dude, died in his sleep at the age of 34.

"I became friends with Riley in the most unlikely realm, Twitter. I played two of his songs right here on 'The Five' from his amazing record 'Nightmare Logic'. If you love metal, you'll dig that. And you should get it and make that album go Number One. The band's Twitter reaction after I played their songs? 'Cease and desist.' But Riley wanted to talk about it, so I called him up. The phone call lasted two and a half hours. We laughed at how some people think it's wrong for people who disagree to be friends. From that moment on, that's what we became: friends. Good friends. He gave me this damn shirt.

"We met in Texas at a bar with his great dad, and both came with me to my book signing, where Riley actually helped unpack my books and hand them out. It was priceless. It was a blast.

"During this pandemic, we talked often and a lot about everything under the sun. It was clear this period was hitting him pretty hard, so we helped each other out. I wish I had done more, frankly. I'm going to miss him.

"If you wanna make a donation in his name, check out Dallas Hope Charities."

Before "The Five" aired, Gale's family shared a message from POWER TRIP's official Twitter requesting of "POWER TRIP fans worldwide to tune in and show support for our friend."