All proceeds generated by the Fox special will go directly to support The Foundation for Rural & Regional Renewal (FRRR),an organization working on the ground with Australian rural communities affected by disaster, supporting them to rebuild.

In Australia, the concert will air live on Sunday on Channel 7 and 7plus, and Fox8 and Foxtel GO.

Earlier this week in Australia, fire officials announced that all fires in New South Wales were contained for the first time this bushfire season. Bushfires destroyed more than 2,400 homes and burned more than 13 million acres in the country's most populous state. 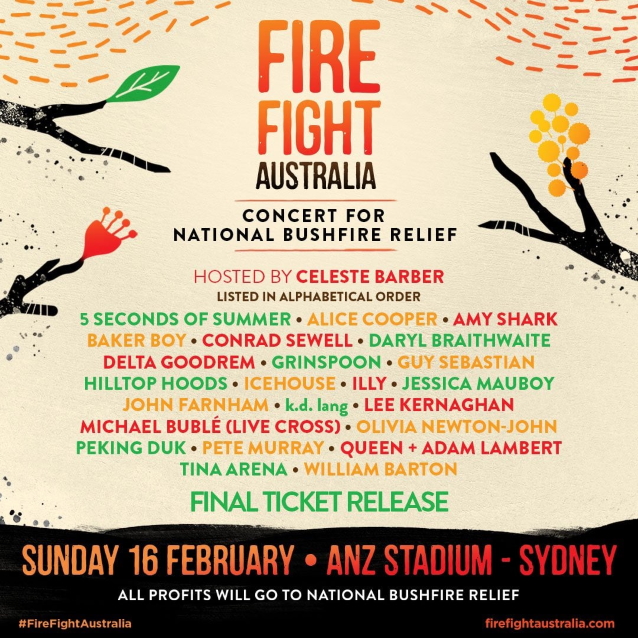