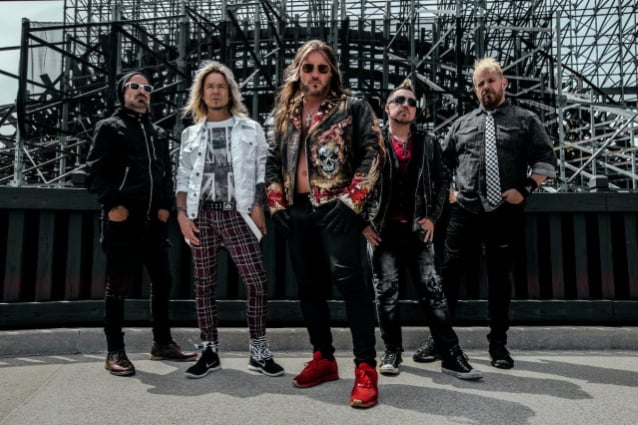 FOZZY Announces Spring 2022 Leg Of 'Save The World' Tour

FOZZY will embark on the spring 2022 leg of its "Save The World" tour in late March. Support on the trek, which is scheduled to kick off on March 31 in Detroit, Michigan and conclude on May 16 in Sauget, Illinois, will come from GFM, KRASHKARMA and THE NOCTURNAL AFFAIR.

In September, FOZZY guitarist Rich Ward was was forced to sit out several of the band's shows for personal medical reasons. FOZZY still performed in his absence as a four-piece.

This past February, FOZZY singer — and wrestling superstar — Chris Jericho told Detroit's WRIF radio station that the band's follow-up to 2017's "Judas" album would "continue with the momentum that [the] 'Judas' [title track] started for us [four] years ago." 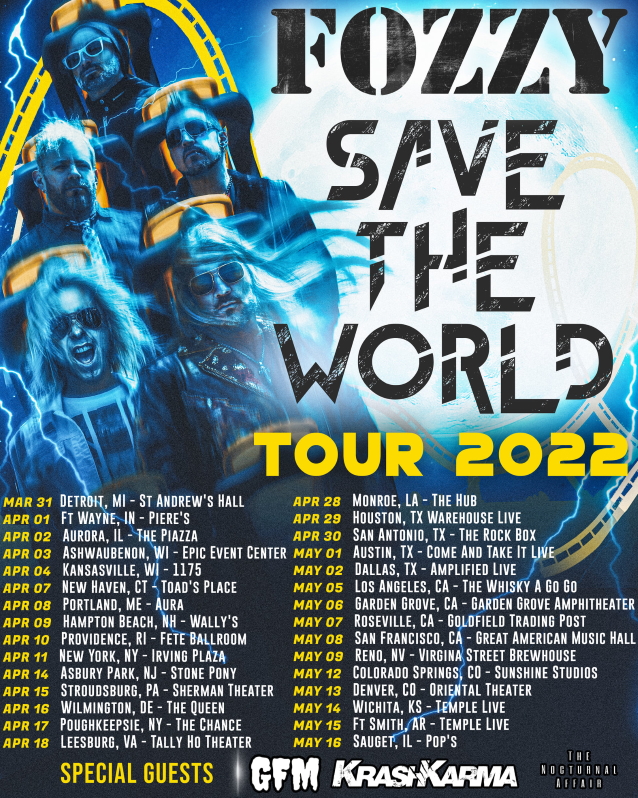