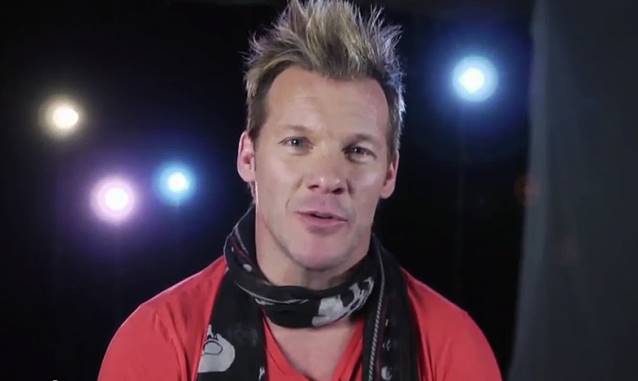 Jorge Fretes of Spain's GoetiaMedia.com recently conducted an interview with FOZZY singer and WWE wrestling superstar Chris Jericho. You can now listen to the chat in the YouTube clip below.

FOZZY will release its new album, "Do You Wanna Start A War", on July 22 via Century Media. Produced by FOZZY guitarist Rich Ward, the CD features 12 tracks, including the debut single, "Lights Go Out", the title track and the return of the Theremin in "Bad Tattoo". SLIPKNOT and STONE SOUR singer Corey Taylor recently described the CD as "dark, dense and sharp. Sonically and lyrically, this feels like it's going somewhere big. I love it!"