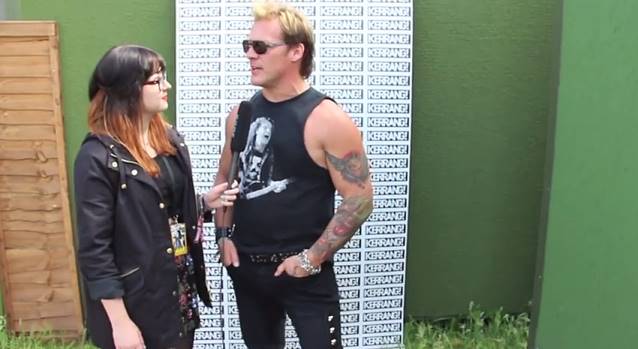 Kerrang! magazine conducted an interview with FOZZY singer Chris Jericho at this year's Download festival, which took place June 13-15 at Donington Park in Leicestershire, United Kingdom. You can now watch the chat below.

FOZZY will release its new album, "Do You Wanna Start A War", on July 22 via Century Media.

The official lyric video for "One Crazed Anarchist" can be seen below.