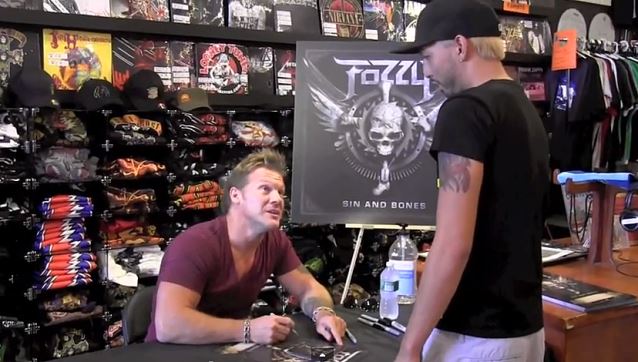 FOZZY singer and WWE wrestling superstar Chris Jericho took part in a signing session on Thursday, September 12 at Looney Tunes in West Babylon, New York. You can now watch video footage of his appearance below.