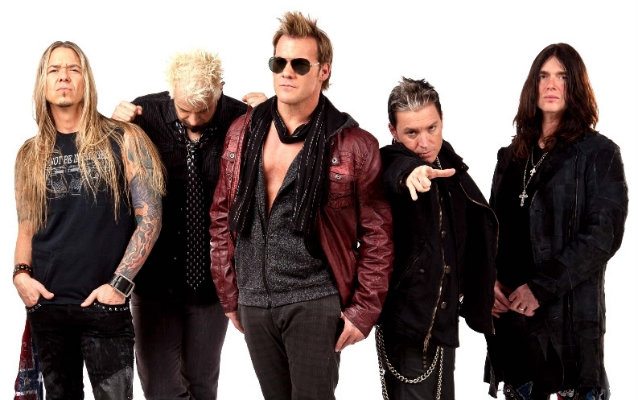 FOZZY's 'Do You Wanna Start A War' Lands At No. 54 On BILLBOARD Chart

"Do You Wanna Start A War", the new album from FOZZY — the band featuring WWE wrestling superstar Chris Jericho alongside members of STUCK MOJO — sold around 5,600 copies in the United States in its first week of release to debut at position No. 54 on the Billboard 200 chart.

"Do You Wanna Start A War" was released on July 22 via Century Media. Produced by FOZZY guitarist Rich Ward, the album features 12 tracks, including the debut single, "Lights Go Out", the title track and the return of the Theremin in "Bad Tattoo". SLIPKNOT and STONE SOUR singer Corey Taylor recently described the CD as "dark, dense and sharp. Sonically and lyrically, this feels like it's going somewhere big. I love it!"

Asked about whether FOZZY's new album features any special guests, Jericho told the Boise, Idaho radio station 100.3 The X Rocks: "I mean, we always have a guest or two on every record, because… It's interesting when you see… You listen to Top 40 radio — every radio when I drive my kids to school, we listen to it — and you'll always hear Jay-Z plus Beyonce, or featuring Beyonce, or Rihanna featuring Lil Jon. And we thought, why don't we do more of that in rock and roll? I man, that's what we did. The last record, we had 'Sandpaper' with M. Shadows [AVENGED SEVENFOLD] and we had 'She's My Addiction' with Phil Campbell of MOTÖRHEAD. So this record we have one collaboration — a song called 'Tonight' with Michael Starr from STEEL PANTHER, who we toured with in Australia; a great singer. And we like that vibe. Musicians like jamming with other musicians; it's kind of what we do."