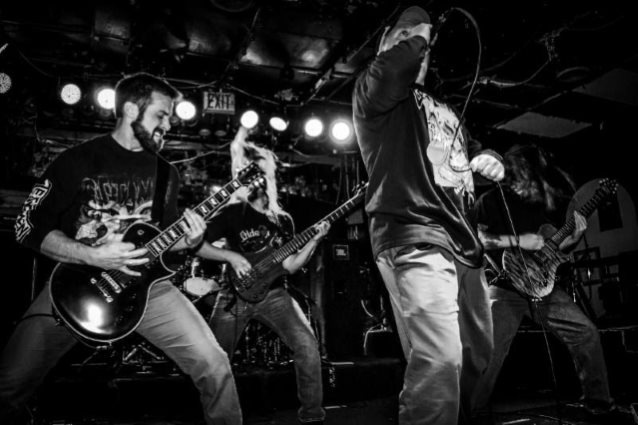 Expanding upon the thematic scope of FREYA's previous release, "Paragon Of The Crucible", "Grim" derives inspiration from the historical origins of Grimm folktales. Grizzled veteran founding frontman Karl Buechner (EARTH CRISIS, THE PATH OF RESISTANCE) breathes life into these cautionary tales, delving deep into their macabre realities and the harsh circumstances of their genesis. Newly recruited drummer Dirk Verbeuren (MEGADETH, SOILWORK),the one-man stampede of savagery, lends his machine gun percussive virtuosity to the album, his complex timing and imagination a perfect complement to the diverse riff-work of guitarists Brendon Flynn and Thom Turner.

A trailer for "Grim" featuring the opening track "The Alchemist" is available below.

Since 2001, FREYA has crossed metal and hardcore audiences on stage and on record with a plethora of mind-expanding works, incorporating fantasy and reality with thunderous grooves. The band released its debut album, "As The Last Light Drains", in 2003 through Victory Records, where they would remain signed for years to follow. Their second release came in the form of a split with HOODS the following year. Their second album, "Lift The Curse", saw release in 2007, and its follow-up, "All Hail The End", in 2010. Each album saw the band elevate their songwriting and delivery to no sonic territory, and expanded their fanbase into new realms of the metal underground and mainstream. 2013's "Paragon Of The Crucible", saw the band lashing out harder than ever, becoming the band's most lauded LP to date within the media and band's fanbase alike. 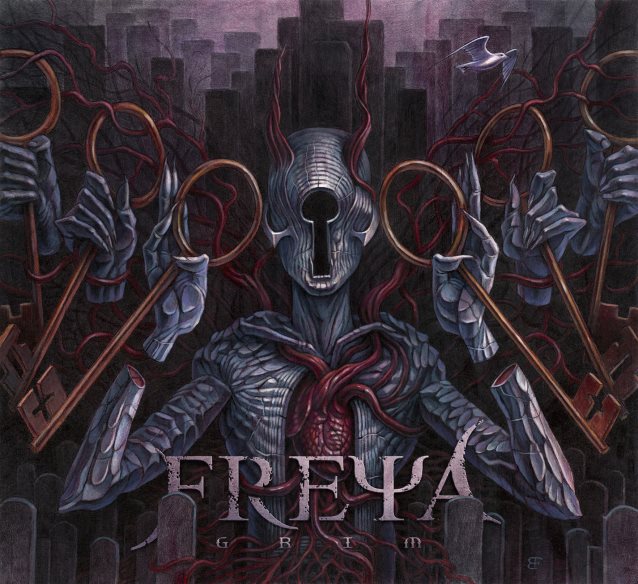