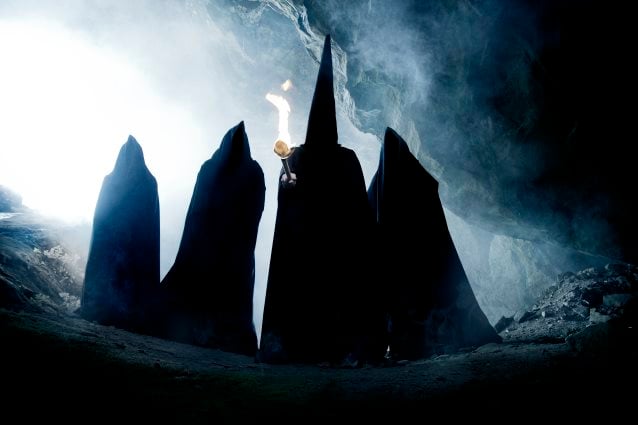 "Rituals", the new album from Greek extreme metallers ROTTING CHRIST, can be streamed in its entirety below. The CD will be released on February 12 via Season Of Mist.

For almost 30 years, ROTTING CHRIST have blazed a trail for the black metal genre to follow. From their primitive early material through to 2012's epic "Kata Ton Daimona Eaytoy", their pioneering spirit has been a flame of inspiration in an increasingly reductive genre. Now the renowned band return with new album "Rituals", a diverse collection of new songs influenced by rites and myths from all around the globe. "Rituals" highlights their unique power and magic, and is the darkest and most personal-sounding ROTTING CHRIST album to date. As "Rituals" illustrates, there is a reason that ROTTING CHRIST are an international heavy metal institution.