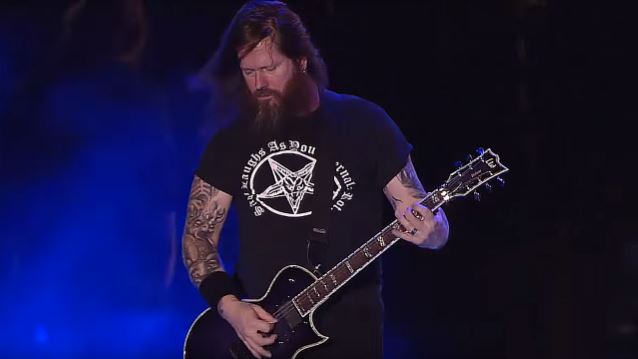 In a brand new interview with In The Loop magazine, SLAYER and EXODUS guitarist Gary Holt was asked if he anticipates being part of the songwriting process for SLAYER's follow-up to last year's "Repentless" album. He responded: "I've certainly never been one to have a shortage of material, so yeah, it's a bit premature, but down the line, if Kerry [King, SLAYER guitarist] and Tom [Araya, SLAYER bassist/vocalist] want me to, I have about as good of an insight into SLAYER's writing style by now as just about anybody. I think I could write some things that fit right in, sure. But right now, of course, we're focused on the tour [in support of 'Repentless']."

"I would have loved for Gary to have been more involved with writing," King explained to LA Weekly. "I thought a long time about this, but I didn't think SLAYER fans were ready for that yet. Even though Gary's a household name in thrash, I didn't feel that the first SLAYER record without Jeff should have Gary Holt contributing as a writer."