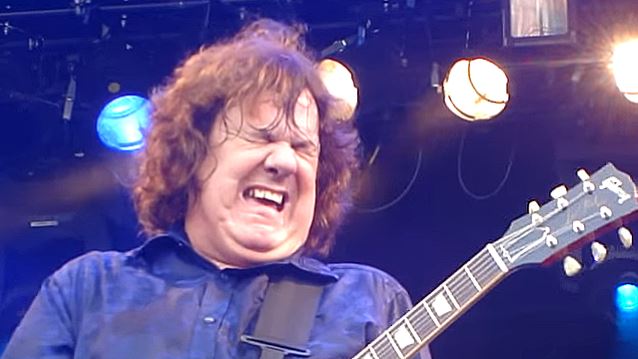 GARY MOORE's Guitars And Amps To Be Auctioned

Legendary guitarist Gary Moore's longtime guitar tech says that the late axeman's estate has decided to auction many of the guitars, amps, cabinets and pedals he once used.

Graham Lilley, who worked with the former THIN LIZZY guitarist, noted session player, and blues rock icon for around two decades prior to his death in 2011, has been tasked with organizing the auction.

"A chunk of it will be retained by the estate for the time being," Lilley tells Guitarist magazine. "But there's a lot of stuff left and it's made to be played, to make a noise with, so somebody should make a noise with it. It's just trying to find the best way to do it. Some of it might find its way to auction web sites, so anybody can bid on it — fans, for example — and get a little piece of that heritage. But, at the end of the day, a pedal in a box that's not been used for anything — the spare for the spare, if you like — is still a pedal and that's what it should be sold as, regardless of the owner."

He continues: "Nothing can be held on to forever, but in the meantime, why not get some of this other stuff out there, see what interest there is and find homes for it? There's a good, broad selection. There's stuff that's documented as being used by Gary, things he was photographed with in press shots, mentioned in interviews, on albums… A lot of the stuff Gary bought second-hand, so they'd had a bit of a life before they came to him. And they should go on to have another life."

Lilley adds: "Quite a few of the bits have been viewed by one of the top-end auction houses. What will actually go in the sale is unclear at this moment. A couple of months down the line, we'll know. We may get the stuff that was, say, the third spare for something and just put it out as what it is. And not even mention Gary. And then look at things that have definitely got a definite connection — 'This was used on such-and-such an album,' and so on. It's going to take a couple of months just to get it all catalogued.

"We're possibly looking at June, but there's no reason that the less-documented stuff couldn't go out before then. But there'd be different levels — the more sought-after stuff would maybe not be within reach of everyone's pocket, but we'd like to give everybody a fair chance to get something. It's not going to be one of these auctions where only accountants can afford to buy something because 'it might look good on the wall.'" 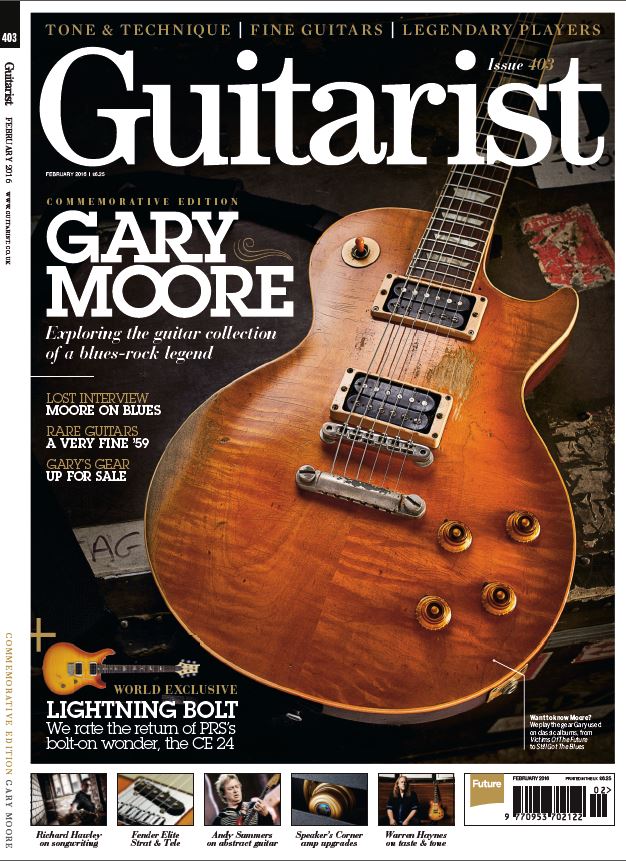