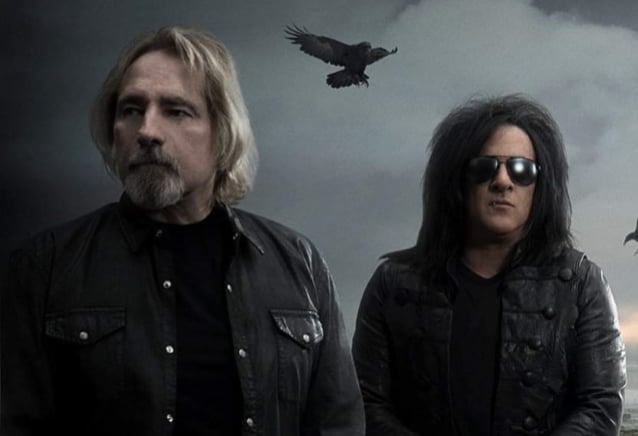 Geezer Butler has clarified a recent comment he made about his DEADLAND RITUAL bandmate Steve Stevens.

On Monday (March 8),Butler was a guest on SiriusXM's "Trunk Nation With Eddie Trunk", where he discussed the status of the supergroup he started a few years ago with Stevens (BILLY IDOL, VINCE NEIL),drummer Matt Sorum (GUNS N' ROSES, VELVET REVOLVER) and singer Franky Perez (APOCALYPTICA).

"DEADLAND RITUAL's dead," the BLACK SABBATH bassist said (as transcribed by BLABBERMOUTH.NET. "The virus put the final nail in the coffin. We had 12 or 13 songs written. We were about to go into the studio last March, and everything closed down. Matt left the band. And Steve has got, I think, a lung condition or something, so he couldn't leave the house 'cause of the virus. And we just didn't revive it. You never know — we might do it next year or something. I don't know."

I would like to clarify a recent interview remark I made, concerning Dealand Ritual, and Steve Stevens. I was referring to the start of the pandemic, how it stopped us from going into the studio to record. I said Steve wouldn’t leave his house because of a lung condition.

I was told Steve had a respiratory problem & didn’t want to risk getting Covid. I totally agreed. Anyway, I want you all to know that Steve is up and about and has no “lung condition”. In fact he played at this past Super Bowl. #lockdown#COVID19@Stevestevens#clarification