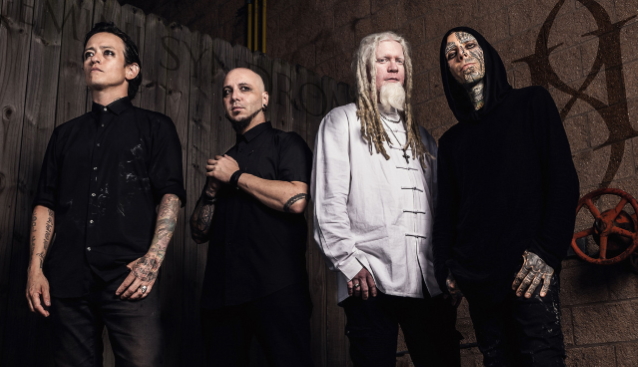 GEMINI SYNDROME's new album will complete the three-part trilogy which began with the band's debut album, 2013's "Lux", and continued on with 2015's "Memento Mori".

GEMINI SYNDROME drummer Brian Steele Medina commented: "We've worked long and hard to bring the third chapter of this trilogy to light. Our collective blood, sweat and tears went into the creation process and we can't wait to finally unleash this new music."

A first single from the as-yet-untitled new album is expected to be released early in 2020 on Another Century Records.

Additionally, the band has just released a new, limited-edition line of merchandise, which is available online at www.geminisyndrome.com.

GEMINI SYNDROME spent the majority of 2016 and 2017 touring with such bands as IN THIS MOMENT, MOTIONLESS IN WHITE, AVATAR and STARSET before taking time away from the road to write and record the new LP.