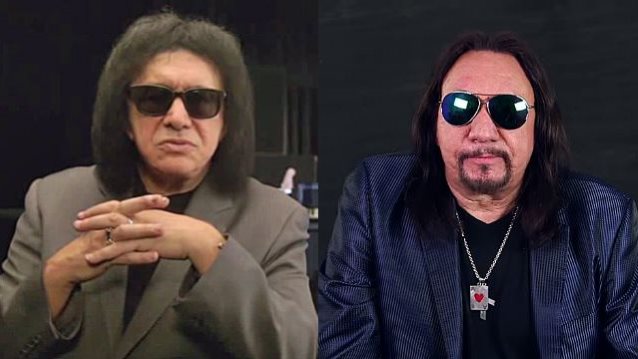 Gene Simmons and his former KISS bandmate Ace Frehley will perform together onstage for the first time in over sixteen years at The Children Matter benefit concert to support the victims of Hurricane Harvey. Don Felder (former lead guitarist of THE EAGLES) and CHEAP TRICK will also appear on September 20 in St. Paul, Minnesota.

Over ten thousand people are expected to fill CHS Field Stadium in downtown St. Paul to witness rock history with once-in-a-lifetime collaborative performances between Simmons, Frehley, Felder and CHEAP TRICK as they turn up the volume for the victims of Hurricane Harvey.

All proceeds from The Children Matter benefit concert will be directed to the hurricane relief efforts of the nonprofit Matter. The nonprofit works in partnership with on-ground relief organizations to source and ship the items needed most, such as: Matterbox Meal Kits, sanitation and contamination prevention supplies and more to the children and families affected displaced by the hurricane.

Tickets starting under $60 and range up to $250 for VIP meet-and-greet.

Tickets can be purchased online at www.thechildrenmatter.ngo.

The Children Matter is a collaborative initiative created by Simmons and the nonprofit Matter on the simple belief that the lives of children matter. Regardless of race, income, gender, religion, or location, every child deserves the same access to a full and healthy life.

Ace recently collaborated with Gene on two songs for the former KISS guitarist's next solo album. 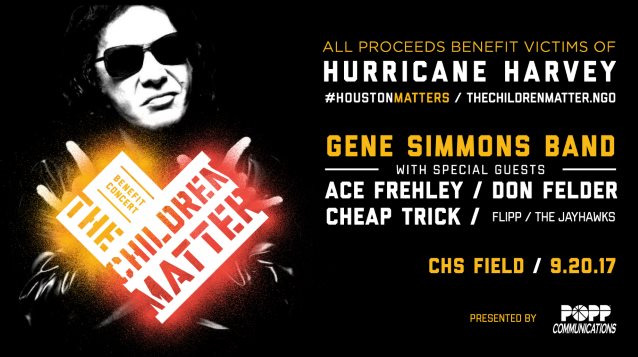