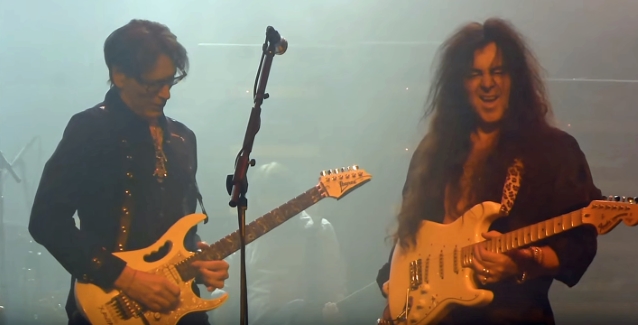 In the spring of 2016, guitar heroes Steve Vai, Yngwie Malmsteen, Zakk Wylde (OZZY OSBOURNE, BLACK LABEL SOCIETY),Nuno Bettencourt (EXTREME) and Tosin Abasi (ANIMALS AS LEADERS) teamed up for a North American tour called "Generation Axe", in which the five musicians shared a backing band and performed together in addition to playing individual sets.

A year after their successful inaugural tour, the five guitarists reconvened for an 11-city tour of Asia that included a stop in Beijing, China. Select performances from that April 2017 concert appear on the new live recording, "Generation Axe - The Guitars That Destroyed The World: Live In China". The album is currently available for pre-order on CD and vinyl via Pledge Music.

The album's cover artwork can be seen below.

In a video posted on the album's Pledge Music pre-order page, Vai describes "Generation Axe" as "pure controlled chaos." "My favorite thing about 'Generation Axe' is the tour bus," he says. "Between the hours of 1 a.m. and 7 a.m., when we're all hanging out in the lounge just rapping. I wake up in the morning [and] my jaw hurts from laughing so much. These guys, they're out of their minds." 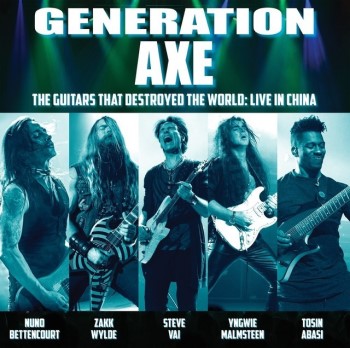