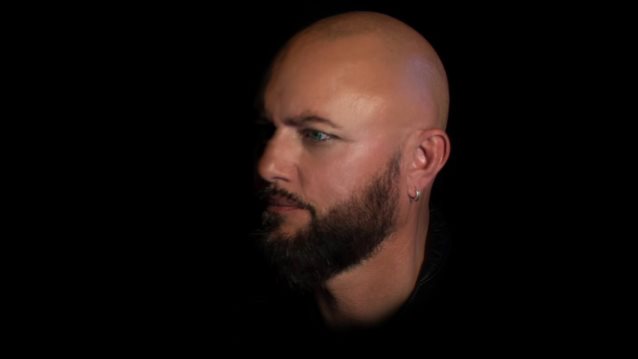 Geoff Tate doesn't rule out a reunion with QUEENSRŸCHE and says that an appearance at a hypothetical induction in the Rock And Roll Hall Of Fame would be "what's needed to get everybody in the same room talking again."

Speaking to the BlastEcho web site, Tate — who currently fronts a new project called OPERATION: MINDCRIME — was asked if he would be up for reuniting with his former bandmates for a possible Rock Hall performance, if the group was to ever get inducted. He said (hear audio below): "I suppose so. I suppose it would just… It might be what's needed to get everybody in the same room talking again. Something like that would probably be the catalyst for getting the band… at least for one performance. I don't know if it would be enough to get everybody wanting to get back together again. But, you know, I'd be up for it."

Asked if he could envision another scenario, under a different set of circumstances, where he would be willing to re-team with his former band, Tate said: "Ahhh… You know, I never say never."

Tate told the "Music Mania" podcast earlier in the year that regretted that his thirty-year stint with QUEENSRŸCHE ended so badly. He said: "I regret that we couldn't all get in one room and speak civilly to each other and come to some understandings and some conclusions before it blew apart. Yeah, definitely. On the other hand, I would say that for a band to last thirty-plus years is an amazing achievement. And we probably went way past what our own expectations were of how long we would be together. Most bands stay together at the most five or ten years, and we tripled that. You know, we had a great run. I think we created some wonderful music that will live on past us and it'll keep on being there for further generations to experience."

Tate's replacement, Todd La Torre, told Metal Wani in September that QUEENSRŸCHEis "sounding better than it did for over ten years" now that he is fronting the band. He added: "The fans have certainly voiced that opinion. That's my opinion, and that's a lot of opinions we hear every night. And the energy of the other members of the band is way healthier, way happier with [Geoff] gone and me in the band. And that's just the facts. There's no stifled creativity, and there's no kind of leader and followers, if you will, in the band. We all talk and try to make decisions the same, and it's very democratic. I'm never gonna tell Michael Wilton that his guitar riff is too heavy, for example, and that had happened in the past. The band is way happier, and I think that it's evident when you watch a live show — not [a clip on] YouTube, but really go to a show and feel what's happening and see what's happening. These guys are happy again and they feel like it's a rebirth of the band and that those dark clouds are well behind them."