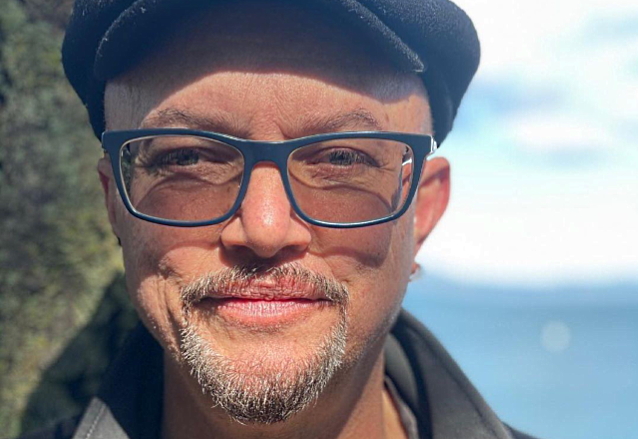 GEOFF TATE Has No Interest In QUEENSRŸCHE Reunion: 'I Don't Feel The Need To Go Back In Time And Resurrect That'

Geoff Tate says that he doesn't really have an interest in a reunion of QUEENSRŸCHE's classic lineup.

Speaking to 80's Glam Metalcast in a recent interview, Tate was asked if the thought of a QUEENSRŸCHE reunion ever crosses his mind. He responded (as transcribed by BLABBERMOUTH.NET): "I'm very happy the way things are. I spent 30-plus years making music with those guys, and I'm very proud of our legacy and what we achieved and the albums we made, songs we wrote. And I don't feel the need to go back in time and resurrect that. I'm fine with where I'm at now and what I'm doing. And I love my touring that I'm doing. And I have a fantastic band of musicians that are incredible to play with. So I don't really feel a need to go backwards — in that respect."

Asked if he would consider one final tour with QUEENSRŸCHE, similar to the way bands like KISS and MÖTLEY CRÜE have staged original-lineup "farewell" tours in recent decades, Tate said: "Usually they do those kind of tours because the money is so good. And it's hard to walk away from that kind of money often. But I don't know. I don't really need the money. So I'm pretty happy [laughs] right now."

Tate has gone back and forth on the subject of a possible reunion with QUEENSRŸCHE, telling The Rock Vault in November 2019 about the prospect of rejoining his former bandmates: "I think that would be something that makes sense, and I think it would be an interesting thing to do, if everybody could get in the same room and actually talk to each other." However, just eight months earlier, he dismissed the possibility of a QUEENSRŸCHE reunion, telling Greece's "TV War" that he had "no interest in that. No. Not at all. [I have] absolutely no reason to," he said. "I don't need the money. That'd be the only reason to do it. Maybe if they paid me, like, 10 million dollars or something like that. [Laughs]"

Last week, current QUEENSRŸCHE singer Todd La Torre told "Paltrocast With Darren Paltrowitz" about the chances of Tate's return to QUEENSRŸCHE: "It's funny. I always hear, 'There'll definitely be an all-original lineup reunion. Every band does it.' And I'm thinking, if you knew what I know, I don't think that's gonna happen. And other than the optics of it, why? What's the point? We saw for 15 years what it sounded like."