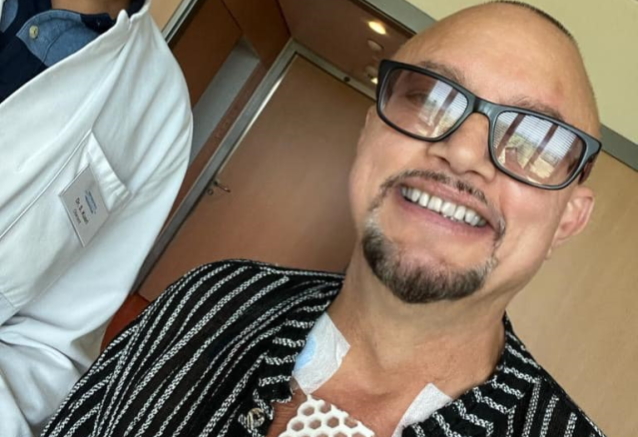 Former QUEENSRŸCHE singer Geoff Tate says that he has still not completely recovered after recently undergoing an unspecified heart procedure.

The 63-year-old musician discussed his health in an interview with Tulsa Music Stream. Asked if he is feeling back to a hundred percent nearly six months after going under the knife, Geoff said (as transcribed by BLABBERMOUTH.NET): "Yeah, I think I'm — I don't know if I'd say 'a hundred percent', but I think after the New Year I'll be approaching that number. It was a really difficult few months there. [I'd] never been [seriously] ill in my life — I'd never actually been in a hospital ever — so this was something that was quite a bit different to get used to."

This past August, Tate said that "it took about a month" before he "could make a sound" and eventually regain his singing voice.

"I'd never been in a hospital before in my life, or I'd never had anything wrong with me, and this was the first experience for me," he explained to in Ritchie Birnie. "And I was just amazed at how much it took out of me. I've always been a pretty physical, pretty strong person, but, man, when I came out of the hospital, I was weak. I could barely walk."