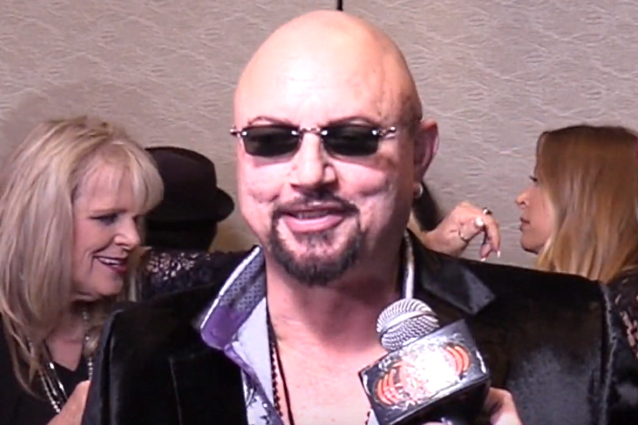 GEOFF TATE On Where He Gets His Inspiration For Songwriting: 'It's Happened A Number Of Different Ways For Me'

Former QUEENSRŸCHE singer Geoff Tate discussed his songwriting process during an appearance at the Metal Hall Of Fame event on January 15 at the Marriott Delta Garden Grove in Anaheim, California. Asked by Alex Haber of Heavy New York if he writes the music first or he comes up with a lyrical concept before beginning to work on the rest of the song, Tate said (see video below): "There's no one way to do it. It's happened a number of different ways for me. Sometimes it's a word. Sometimes it's a phrase. Sometimes it's a melody. Sometimes it's a rhythm. Sometimes it's a conversation with friends that just clicks with you. Sometimes it's a visual — something you see and it sets you off."

Tate was also questioned about his mindframe when writing music for his various projects and whether there is a "usual method behind the madness" with everything that gets involved in. He responded: "Well, I like to think there's a method. [Laughs] Some people probably wouldn't see that. Yeah, I typically always have sort of a direction that I'm going or a goal that I'm trying to get to. So, yeah, I have an idea."

Geoff has spent the last couple of years celebrating the 30th anniversary of QUEENSRŸCHE's "Operation: Mindcrime" album by performing the LP in its entirety on European and U.S. tours.

Tate will perform the QUEENSRŸCHE albums "Rage For Order" and "Empire" in their entirety on the "Empire 30th Anniversary Tour" in 2020.